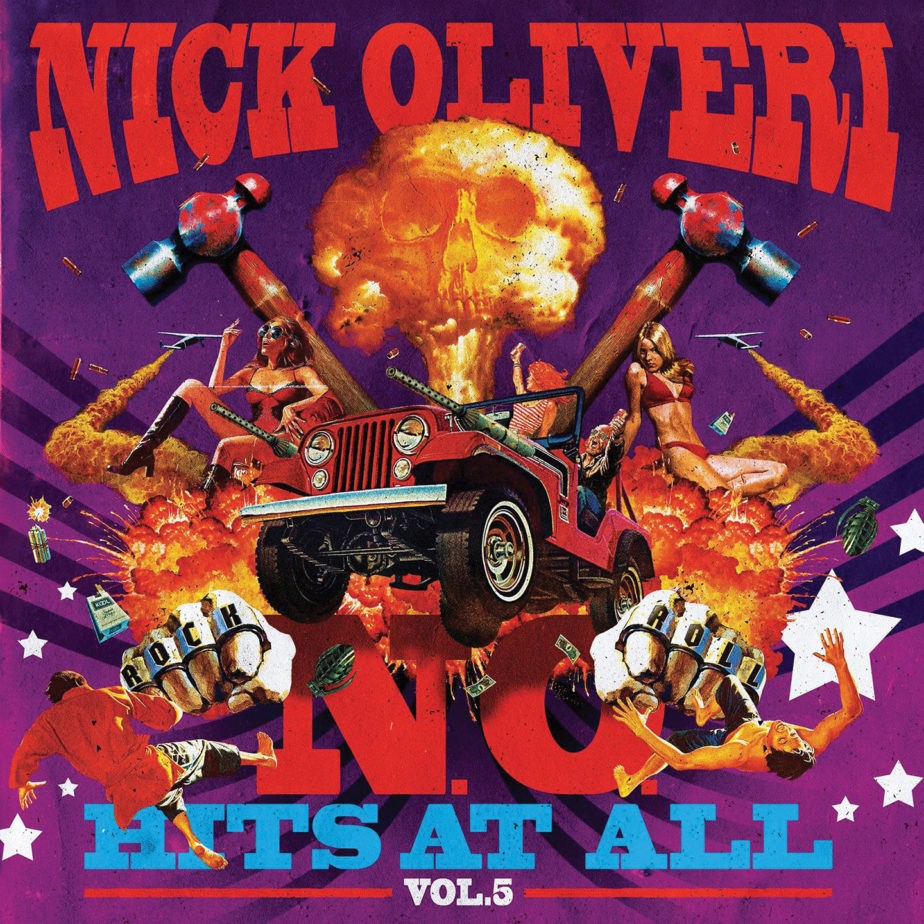 Arriving on October 12th from Heavy Psych Sounds Records, the latest installment of this ongoing series – focusing on compiling music from the numerous Oliveri-related bands and projects – contains some absolute rarities. This is the newest, must-have gathering of tracks from one of rock and roll’s beloved people.

NICK OLIVERI is, of course, the Palm Desert, California multi-instrumentalist and vocalist well-known for being the bassist, and founding member, of Kyuss (under their original name of Katzenjammer). After playing on the landmark albums ‘Wretch’ and ‘Blues For The Red Sun’, Nick exited the band and continued to forge his musical legacy within an impressive list of acts that includes The Dwarves, Queens Of The Stone Age, Mondo Generator, Kyuss Lives/Vista Chino, Bloodclot, and The Uncontrollable, among others.

Heavy Psych Sounds Records recognized the need, and want, for a compilation album that gathered together many of the diverse Oliveri-connected recordings. So, in January of 2017, the label released the first installment with the ‘N.O. Hits At All Vol. 1‘ album.

Come immerse yourself in some of the best, most punk, desert rock-est angst ever set to musical accompaniment! NICK OLIVERI‘s ‘N.O. Hits At All Vol. 5‘ from Heavy Psych Sounds Records is available in the following formats. Find purchase options at Bandcamp.