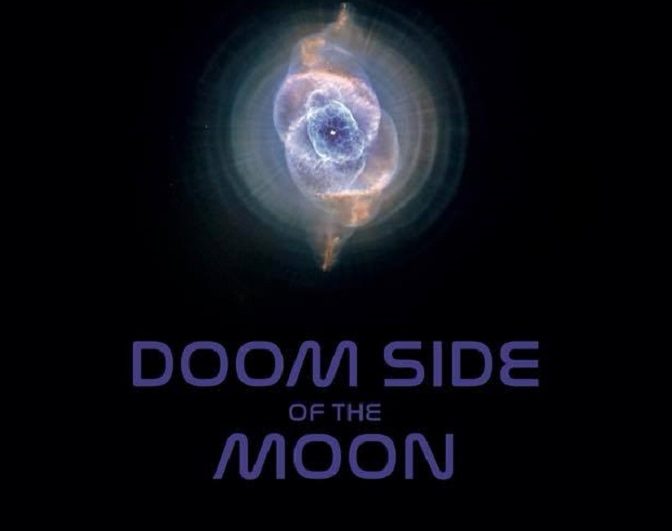 Doom Side of the Moon has announced a few tour dates this Fall and is now gearing up to bring their live show with a laser light spectacular to select U.S. cities in Texas, Colorado, and New York.

If somehow unaware of this Austin-based Pink Floyd tribute band, you’re definitely in for a treat if anywhere near these dates. Doom Side of the Moon features three-quarters of the members of heavy rock influencers The Sword – including DSOTM project-founding guitarist Kyle Shutt – alongside members of Brownout / Brown Sabbath, and other acts, Doom Side of the Moon rocked many surprised minds last year with its “heavy metal tribute to Pink Floyd” self-titled début LP. The tribute album made ceremony of the legendary psychedelic rock band’s 50-year history and the band had its live début in their home-base in August 2017, with a sold-out performance at Austin’s legendary Emo’s venue. Now they’re taking it to new towns.

“Taking Doom Side of the Moon on the road, and to the sky for that matter for these fly in dates, is certainly the biggest project I’ve ever attempted, and I’d be lying if I said I wasn’t nervous,” Shutt states. “I can only imagine what Pink Floyd felt like taking a show like ‘The Wall’ on the road. Those guys had such astounding ambition, I hope I do them justice by putting on the best tribute I can to their timeless catalog.”

Doom Side of the Moon is Kyle Shutt (guitar), Bryan Richie (bass), Santiago “Jimmy” Vela III (drums), Alex Marrero (vocals), Jason Frey (saxophone), and Joe Cornetti (keyboards). Engineered and mixed by Stuart Sikes (White Stripes, Rocket From The Crypt), the album ‘Doom Side of the Moon‘ was released on August 4, 2017, the date which marked the 50th anniversary of the release of Pink Floyd’s début album, ‘The Piper at the Gates of Dawn’. In addition to a Billboard Top 200 début at #81, ‘Doom Side of the Moon‘ debuted at #3 on Billboard’s Top New Artists chart, at #8 on Billboard’s Hard Music chart, and at #23 on Billboard’s Rock Music chart. The band followed the successful début last January, with the release of a later EP, appropriately titled ‘Encore‘.

Find all Doom Side Of The Moon releases and merch info. Check out a full album ‘Doom Side of the Moon‘ visualizer and find the tour dates below.

On November 30, Doom Side Of The Moon will again headline Emo’s, followed directly by its first-ever national live shows, including a psychedelic laser show by The Mustachio Light Show. Each date is supported by a local act from that particular city – including Bridge Farmers, Mountain Of Smoke, Chieftain, and Netherlands. The itinerary is as follows:

DOOM SIDE OF THE MOON: