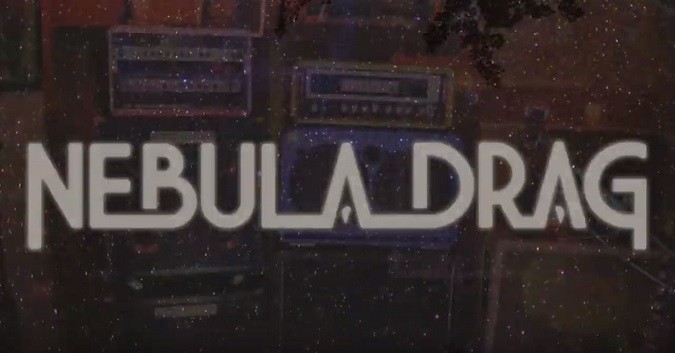 San Diego, California is home to heavy stoner metal trio NEBULA DRAG, who premiered a new video a few weeks ago, and recently released it streaming on Spotify.

“We Want You All To Know” is an introductory tease for an upcoming, full-length release from NEBULA DRAG, with more details soon to be revealed. So far, we know the new album will be entitled ‘BLUD‘ and is just about ready to go. After a bit of cordial nudging on my part, guitarist and vocalist Corey Quintana was kind enough to share some information about the new album:

“The name of the album is BLUD, it’s a Russian word that references one of the fairies in Slavic mythology – ‘an evil deity that causes disorientation and leads a person aimlessly around and round. It also refers to taboo fornication, desires that Slavic clerics claimed to come from the Devil.’ The album has seven songs and is a little over 30 minutes long. We recorded it here in San Diego with Jordan Andreen at Audio Design Recording (Earthless, Joy, Sacrimonty). It was mastered by Dan Randal at Mammoth Sound Mastering.

My band mate Stephen Varns made the video. We are currently in communication with some labels, but are still looking around. We just started planning a small run of shows for late Summer 2019. We plan to hit East of California, hopefully to as far as Texas, but definitely Colorado, Arizona, and other states along the way. Hopefully more news soon!”

If ‘BLUD’ as an entire album has a sound within in the same vein as this first “We All Want To Know” single and video (both are streaming below), then that song title sums up what is surely soon to occur.

While we sit around anticipating the arrival of their new album, you Southern Californians can catch NEBULA DRAG in San Diego on April 19th, when they kick off the night with Monolord and YOB.