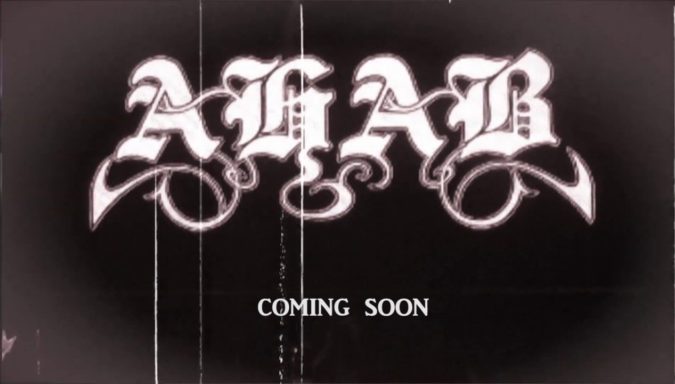 For over 15 years, Germany’s nautically-themed navigators of melancholic heaviness, AHAB, have sailed a dark, massive sea of progressive doom.

Now, the maritime minstrels announce their first-ever live recording, ‘Live Prey‘ – recorded at the 2017 edition of Death Row Fest in Jena, Germany – is to be released June 26th via Napalm Records. For this special offering, AHAB selected some of their finest works from the band’s standard-setting 2006 album release, ‘The Call Of The Wretched Sea‘. Within the depths of harrowing, slow churning riffs and reinforced rhythms, accented with crushing guttural vocals, these are the sounds of an aquatic apocalypse.

The upcoming album features such obtuse odes of absolute extremity like “Below The Sun“, aural leviathan “Old Thunder“, and the extensively lengthy opus, “The Hunt“. Fans of AHAB will find ‘Live Prey‘ a most commanding listening experience, one imperative to own.

“We are pretty proud to present our first live album! These songs were written a long time ago, even before we became a proper band. Over the years and with a bunch of new live experiences, the songs have evolved and we were finally given the chance to capture them in a way they deserve. The days you have seen us perform them live, the way the songs have developed – you were able to witness the process on how we became AHAB.“

Today’s announcement is accompanied by the album cover artwork and details, plus a video trailer. ‘Live Prey‘ from AHAB lands June 26th via Napalm Records and is available in the formats listed below. Pre-order will begin soon.