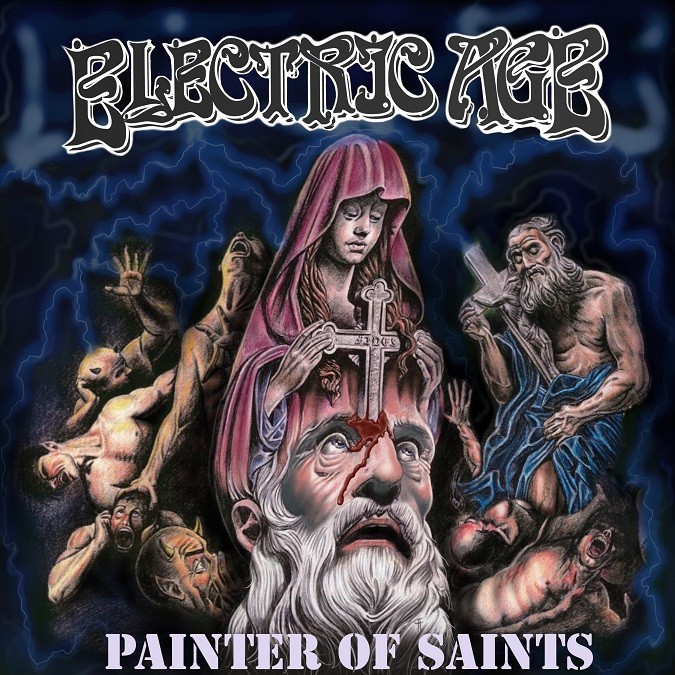 Louisiana‘s ELECTRIC AGE was the first band that asked Riff Relevant to host an exclusive premiere. In March 2017, we debuted their “Cold Witch” video. Today, nearly five years later, we have another ELECTRIC AGE exclusive for you!

Having started out together in 2011, ELECTRIC AGE released their debut album ‘Sleep Of The Silent King‘ in February 2017 [review], through Argonauta Records. The heavy rock/southern doom metal act followed that rather quickly with a live EP released later that same year in December  – the four-song ‘Live At The House Of Blues-NOLA‘.

ELECTRIC AGE is now set to release the long-delayed, second full-length album ‘Painter of Saints‘ on February 11th, 2022 (tomorrow), on Volume 10 Records. The follow-up to ‘Sleep of the Silent King‘ was completed in 2019, with the band gearing up to start a run of shows… and then of course pandemic hit and shut the world down.

Now in 2022, these childhood friends – Jason Ogle (bass, guitar, vocals), Shawn Tucker (guitar, bass, vocals), and Kelly Davis (drums, vocals) are ready to get back to doing what these Lousiana boys were meant to do.

We present to you today an advanced full-stream of the new ELECTRIC AGE album ‘Painter Of Saints‘, streaming below via SoundCloud. The new album will be out tomorrow, Friday, February 11th!

The band has also just announced an upcoming live show date with none other than EYEHATEGOD and CAPRA. Set for February 24th, the home-state event will be in Baton Rouge, Louisiana at Chelsea’s Live.