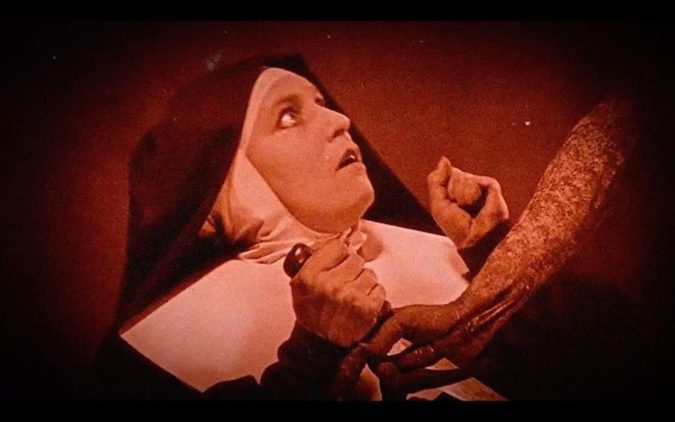 February 2019 shall mark the one-year anniversary of the Edinburgh-based power metal/ doom band KING WITCH releasing their 2018 début album, ‘Under The Mountain‘, via Listenable Records.

The video was created by KING WITCH‘s Laura Donnelly, it features footage taken from the 1922 Swedish-Danish documentary-style silent horror film “Häxan“, written and directed by Benjamin Christensen. The band offered the following about the song and video:

“Carnal Sacrifice” is inspired lyrically by the classic horror films of the ’60s and early ’70s, but the footage from Haxan suited the song so well that we had to use it – it’s crazy that this film was made in 1922 and still has a very sinister edge.“

In related news, KING WITCH will embark upon a mini-tour in the U.K. during the month of February. You can find the schedule for it and all upcoming KING WITCH live appearances below the video clip.