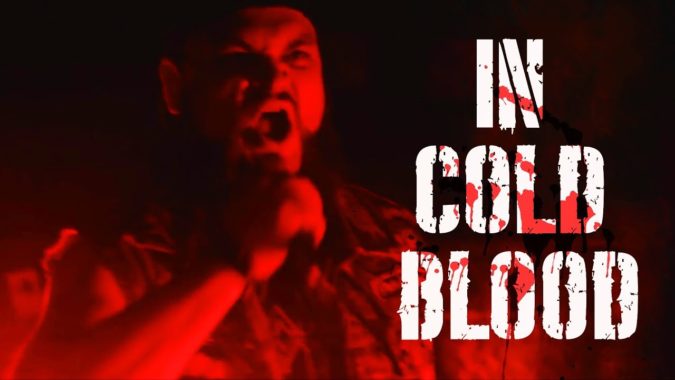 November 15th of this year will mark the 60th anniversary of the Herbert Clutter Family murders that took place in Holcomb, Kansas in 1959.

The tragic events that resulted at the hands of Richard Eugene Hickock and Perry Edward Smith were the basis of the 1966 literary classic from author Truman Capote, “In Cold Blood“. Now, those events and book-based accounts of them both are the inspirational basis for the title track of the upcoming third full-length studio album from Germany’s traditional thrash metal revivalists, MORTAL INFINITY.

The nine-song ‘In Cold Blood‘ will arrive September 6th via Red Dagger and promises to provide the fast, furiously direct, thrash metal bludgeoning this band excels at. Authentic in attitude and aggression, MORTAL INFINITY is a contemporary act carrying the torch of classic metal’s past for all to see and hear… in their face and oh-so loud!

MORTAL INFINITY formed in 2008, recently commemorated reaching a decade, one spent metalizing the masses and getting straight to savagery with 2010’s ‘Eternal War‘ EP. Followed up with a pair of full-lengths, 2012’s ‘District Destruction‘ and 2015’s ‘Final Death Denied‘, the five-piece are poised to unleash their most ambitious album to date with ‘In Cold Blood‘.

Get a taste of the new album now, with the official video for the title track, “In Cold Blood“. Within the song’s content, one will hear clear-cut influences of several iconic metal and crossover bands such as Rigor Mortis, Exodus, or Hirax. Also included is the previously issued lyric video for the track “Fellowship Of Rats” which finds the quintet heading into a bit of death metal territory.

‘In Cold Blood‘ was produced by Lukas Haidinger at Deep Deep Pressure Studios in Braunau am Inn, Austria. It will arrive digitally and on CD from Red Dagger to all established retail outlets on September 6th.

MORTAL INFINITY will perform at the following events: