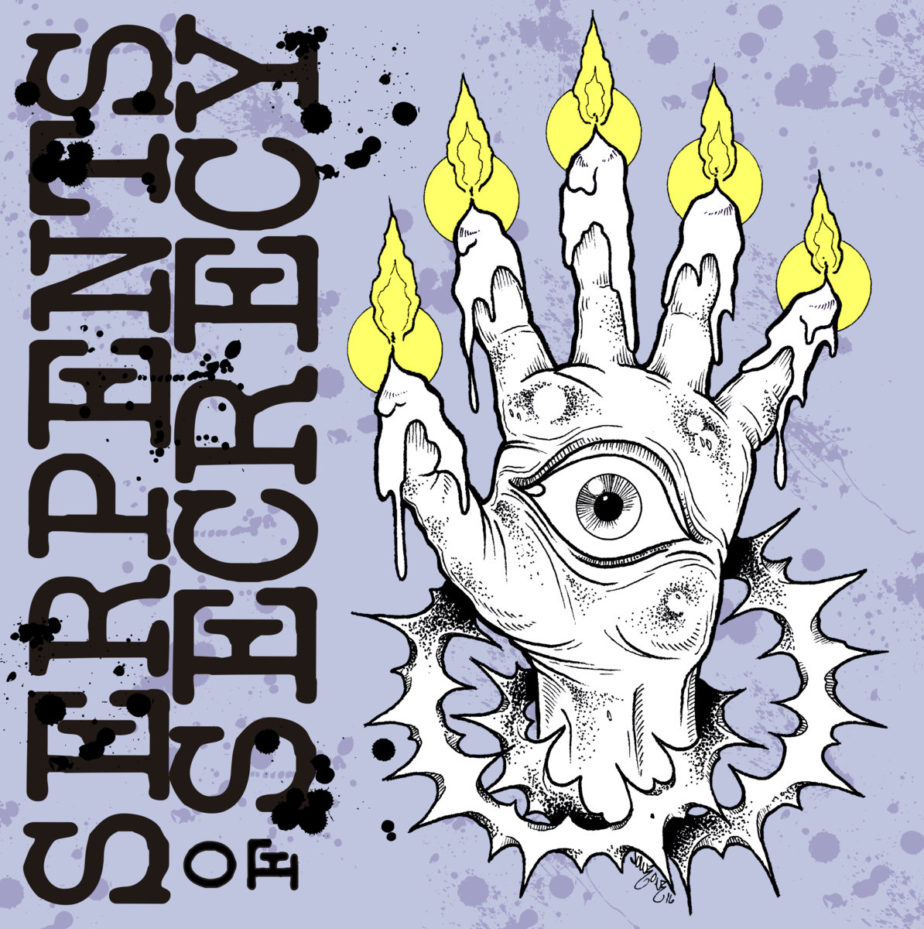 One of the most promising bands to fully surface in 2017 are recent Salt Of The Earth Records signees, Serpents Of Secrecy. The band, which many hail as a bonafide “supergroup”, does possess a rather interesting roster of members.

The résumé of bands these five musicians can lay claim to is an impressive one without question and includes King Giant, Foghound, Zekiah, Sixty Watt Shaman, Borracho, and others.

With their recent domination of several stage appearances, including that at this year’s Maryland Doom Festival, this quintet is on the rise. That live exposure was immensely enhanced with their release of a two-song teaser recently, “Uncoiled – The Singles” [review].

That recording has piqued curiosity and interest in the band to a fiercely fevered pitch of late… and I am just as consumed by it as so many others are. Serpents Of Secrecy were one of my most anticipated bands to see at the Maryland Doom Fest back in June, and that is exactly what I did.

Yet, things did not just end there as I was able to sit down with four of the five members of the band (all save an earlier departed Steve Fisher), and engage in a round table talk about all that is Serpents Of Secrecy.

All Serpents Of Secrecy photos in this article are live shots at MD Doom Fest, courtesy of Shane K. Gardner aka Rock N Roll Socialite.

Alas, I invite you to join us in that very discussion, captured on film that I happened to command. So, you know what that means… yep, gonzo-style, by-the-seat-of-your-pants filmmaking (courtesy of Fugo Films) at its finest!

Come check it out now, as Riff Relevant Interviews Serpents Of Secrecy at The Maryland Doom Fest 2017!