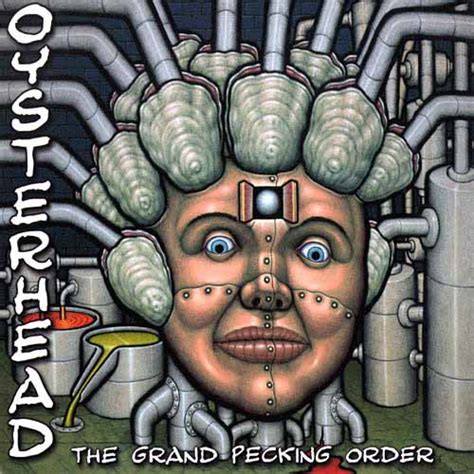 Many artists are not just multifaceted, multi-instrumentalist, multi-media innovators, or explorers of the myriad outlets of their creative Jones.

Take for instance Primus bassist and vocalist Les Claypool, himself a man of numerous musical undertakings ranging back to Blind Illusion and on to other endeavors like Sausage, Duo De Twang, The Claypool-Lennon Delirium, and a variety of Colonel Claypool outings like Flying Frog Brigade or Bucket Of Bernie Brains. That is just to identify a few of them, mind you.

For me, as a fan of Claypool’s need to explore varied channels of creativity, nothing touches the ultra-superb one album outing under the name Oysterhead. It was an American rock “supergroup” featuring Les Claypool, alongside guitarist Trey Anastasio of Phish and drummer Stewart Copeland of The Police, with both Claypool and Anastasio providing vocals. The style and sound of the band was a collaborative eclectic mix of bass-oriented funk metal and improvisational-like jamming.

As much like anything concerning Claypool, there are odd and quirky elements, both musically and vocally. Yet, quirky works to this trio’s great advantage, while the origins of Oysterhead are probably as equally unlikely. It all began in April 2000, when Superfly Productions asked Claypool to assemble a band to perform during New Orleans Jazz Fest. Claypool contacted Trey Anastasio, and together they agreed on their mutual hero, drummer Stewart Copeland of The Police.

The New Orleans Jazz Fest performance was meant to be a one-time, singular live performance in May of 2000, where the band compiled a set of almost entirely original material for the show. Reportedly, ticket-scalping prices reached $2,000, while those in attendance included Francis Ford Coppola and Matt Groening.

In 2001, Oysterhead officially reformed to record and release an album entitled ‘The Grand Pecking Order’, which featured nine new tracks in addition to four songs originally debuted in New Orleans. The release of this album was supported by a brief tour of North America, during which nearly every show was performed to a sold-out audience. The Oysterhead tour also saw the debut of the Matterhorn, a guitar played by Trey Anastasio featuring a full-size deer antler that Trey manipulated to make sounds similar to those of a theremin.

On November 5, 2001, the band performed the song “Oz Is Ever Floating” on Late Night with Conan O’Brien. After the 2001 tour, which had schedule changes due to the September 11th attacks, the trio went their separate ways.

On June 16, 2006, Oysterhead reunited to perform a two-hour set at the Bonnaroo Music Festival. The band performed music from ‘The Grand Pecking Order’ during the set. The band also made an appearance at the Allgood music festival in Masontown, West Virginia in July 2006, but have since then remained inert.