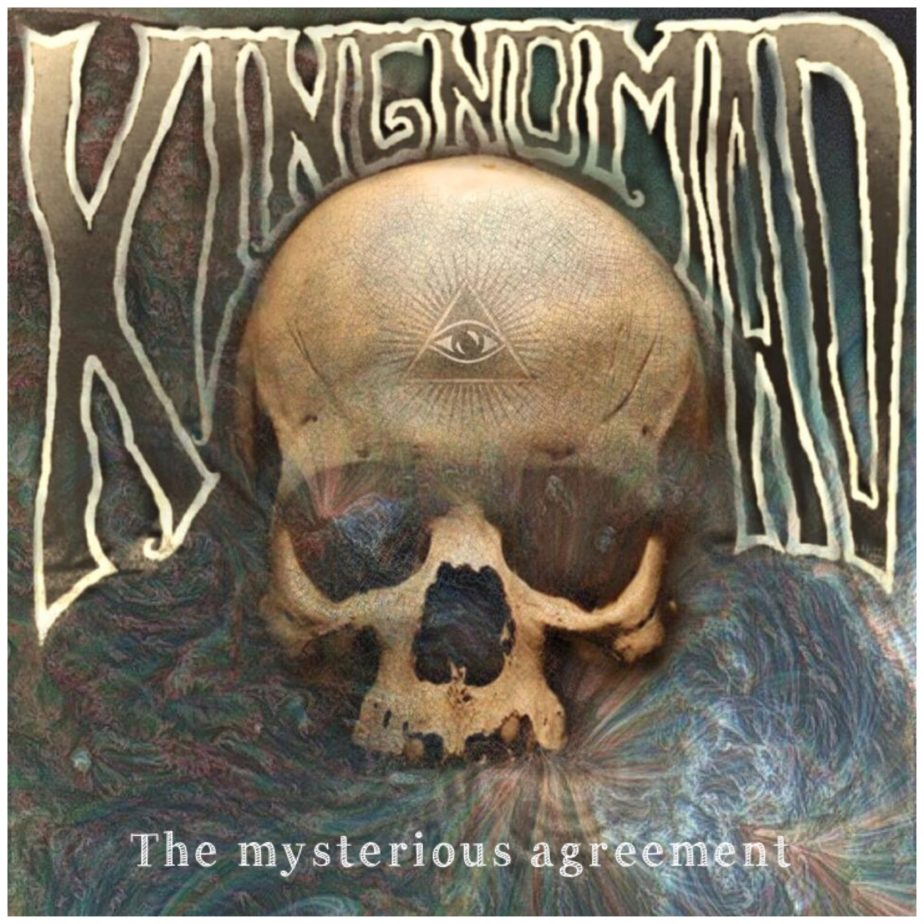 Sweden’s royal heavy roamers KINGNOMAD have a new album due out soon and Riff Relevant is most pleased to present an exclusive premiere of the new track “The Mysterious Agreement“.

The song hails from these occult doom rockers’ much-anticipated sophomore full length for Ripple Music, entitled ‘The Great Nothing‘. The album is due for release this Friday, July 6th.

If these new tracks are anything resembling their début Ripple release ‘Mapping The Inner Void‘ from 2017, or their split release in 2016 with Bonehawk for ‘Chapter III’ of Ripple Music’s ‘Second Coming Of Heavy‘ series, then I, for one, will be once again happily head swaying. ‘The Mysterious Agreement‘ seems to have familiarity, is recognizably KINGNOMAD and its heavy rocking dips into doom land, throws in a few whirling psych moments, and swings you back around the cauldron with a catchy smile. Sways have commenced.

‘The Great Nothing’ will be available on two limited vinyl LP variants plus CD format, with digital streaming and download coming via the label’s Bandcamp. Pre-orders are open now for the physical formats of ‘The Great Nothing‘ on Ripple Music.

We have some words from Kingnomad’s Mr. Jay (guitar and vocals) about some of the concepts behind the album’s creation, as well as insight into the song ‘The Mysterious Agreement“:

“‘The Great Nothing‘ is a concept album that can be seen from two perspectives. One is a man in deep meditation, and two is a man on his deathbed. And an omnipresent serpent who acts as a sort of guide to that inner world we all have, but almost no one dare to enter.

On this song “The Mysterious Agreement“, the rules of play are stated, and what he has to do to truly be awake, to be aware in this final state of transition.

Lets be honest, most of us are just sleepwalking through the days. Wouldn’t some awareness be nice, you know? Turn off the T.V. and put down the phone just for five minutes and just breathe a little.

This is a very personal album for me. It deals with what I believe in and what I don’t believe in. My youth and my future old self. I have reunited with a long-lost friend on this album, and celebrated another everlasting friendship. My wife sings with me on the intro, and my two daughters gets to make an appearance on the last song – 8 (everything). I have paid tribute to many of the great bands and musicians that have inspired me through my life. (No, I am not gonna tell you who or where).

There is nothing random on this album, everything is perfectly planned out. There is so much hidden stuff to discover (and I don’t mean just the musical and lyrical themes), but you are going to have to do the work. If you decide to do the work, you will be rewarded!