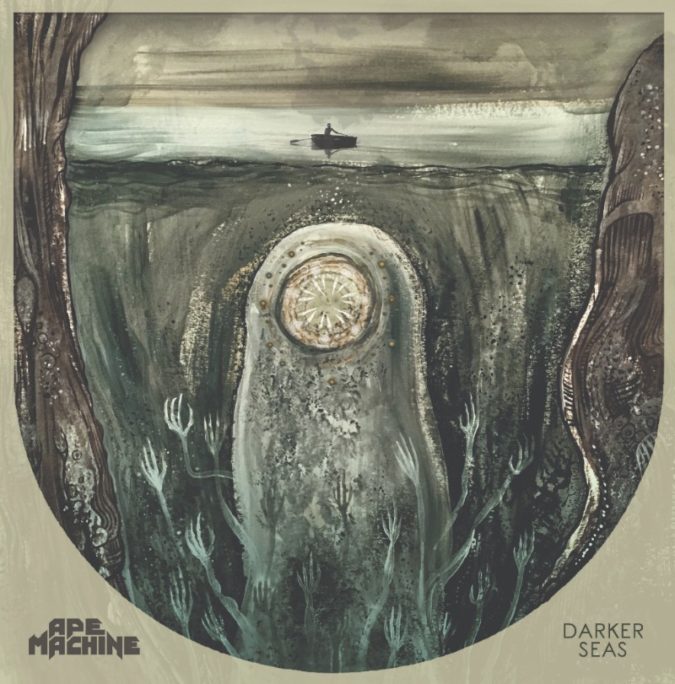 APE MACHINE returns to launch “Darker Seas” on September 7th, via Ripple Music. The album was recorded with punk legend Steve Hanford, producer and former Poison Idea drummer, who has since joined APE MACHINE on drums.

“Sonically, ‘Darker Seas’ takes on new territory for the band with use of vocal harmonies, melodic guitar harmonies and even some Cello on “Nocturne In D Flat (The Jester). The songs paint a picture of trial, hardship, pain and optimism all at the same time.”

The comment references the band’s experiences with death, rebirth, and more during the recording of ‘Darker Seas‘. Watts lost his father in that period, vocalist Caleb Heinze, his mother, and the band nearly went bankrupt from relentless touring and unexpected expenditures. Yet, despite it all, the guys developed an unshakable determination and resolve to deliver the message of their music. Musically, ‘Darker Seas‘ reflects the personal struggles of the band and its members, but also the patience developed by living through it all.

We have the premiere of a new song, “Into The Shredder” below and pre-order for APE MACHINE‘s “Darker Seas” has opened at this LINK.