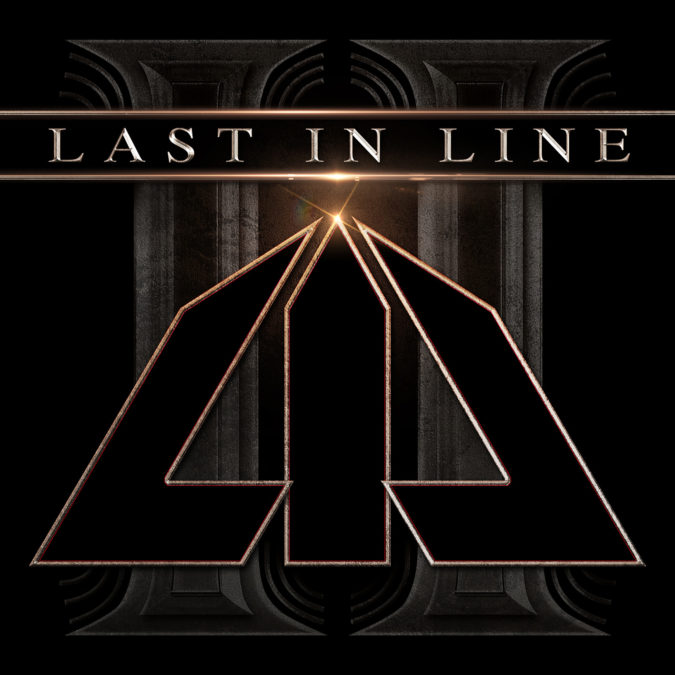 LAST IN LINE, the act that originally began as a tribute to the band DIO from some of its former members, announces the arrival of their sophomore studio album.

Appropriately titled ‘II‘, the second outing of all original material from LAST IN LINE will be released on February 22nd, 2019, from Frontiers Music Srl. The band once again co-produced the album, alongside another previous DIO member, Jeff Pilson (Dokken, Foreigner, MSG). This team was behind the band’s 2016 introduction, ‘Heavy Crown‘.

There have been changes in the band since that initial offering two years ago, the most significant one being the addition of Phil Soussan. Soussan joined LAST IN LINE after the 2016 passing of founding bassist, the legendary Jimmy Bain. Soussan has been pivotal in this partnership with guitarist Vivian Campbell, drummer Vinny Appice, and singer Andrew Freeman, stepping in at a crucial point to help the band’s continuance.

LAST IN LINE was founded in 2012, as an homage to the late, great Ronnie James Dio’s solo band, DIO, and the music they created. Featuring former DIO members Vivian Campbell, Vinny Appice, and Jimmy Bain at the time, they soon transitioned to a contemporary working band, one determined to honor the legacy of DIO, while creating new music that possessed that classic act’s spirit.

‘II‘ is the next step in that mission, an album that reveals a great progression in LAST IN LINE and their music, while being immediately recognizable for their shared roots.

Vivian Campbell shared the following about this, saying:

“The musical style of ‘II’ is different from ‘Heavy Crown’, but it wasn’t something that we planned to do. Phil is a more intricate player than Jimmy was and that, together with the natural growth and development of the band led us to the songs on the album. As always, we simply started to jam on ideas and see where they led us. But it’s fair to say that the songs on this album sound more developed, with more parts and more experimentation than the songs on ‘Heavy Crown’. The first album set a tone, but on ‘II’ we developed that idea and took it to the next logical stage.“

“I always sound like me. Viv and I have been playing together for years and have the same feel and pulse and attitude. Now with Phil on bass, he allows a more melodic approach on the bass parts, making the songs even more interesting. He fits in perfectly being from the same musical family and time as me and Viv. Mr. Freeman sings from his soul and completes the band’s sound with his melodies and amazing range.”

“The songwriting process was the same as DIO’s ‘Holy Diver’. First, we have fun writing together. We get in a room and jam on riffs and chords until we hit on something good, then continue to build it into a song. Andy puts his magic on it and it all works out very well.“

To experience that magic, LAST IN LINE is premiering the first single to surface from ‘II‘, “Landslide“, along with the song’s official video. Check it out below with the pre-order info and the band’s upcoming 2019 U.S. tour dates.

LAST IN LINE ‘II‘ is available to pre-order now on PledgeMusic where you can gain access to exclusive and unique merchandise bundles and experiences with the band, plus behind the scenes access with exclusive photos and videos from the making of the record [LINK].