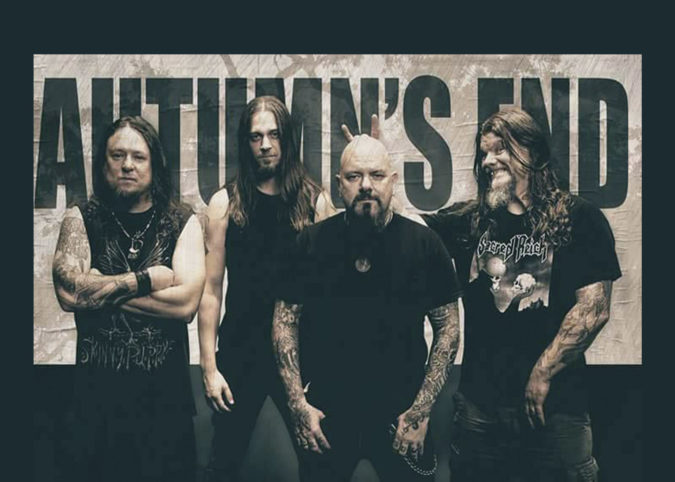 AUTUMN’S END, the Phoenix, Arizona based quartet that specializes in massive metallic aggression by means of blackened, death-tinted thrash metal, present a new official video for your viewing enjoyment.

“Burn The Earth” is the title track of the band’s 2017 EP release (streaming here) and it finds the guys – Chris Cannella (lead vocals, guitar), Tanner Crace (guitar, vocals), Rudy T. Reilly (bass), and Jason Kowalski (drums) – unleashing quite a molten beast. Reaching a critical sonic mass heaving with hostility in its vocals and riffs, the track’s rapidly fired rhythms and periodic blast beats are quite the mood-setting enhancements.

The video, shot in multiple locations throughout Arizona, was filmed and edited by the duo of Jason Cakebread from FatCake Media and Jason Wyatt from Double Wide Video.

“Burn The Earth” and its accompanying video serves as the perfect precursor to the upcoming full-length album from AUTUMN’S END, which will include the track. The as-yet-untitled record is slated for a March 2019 release on the revitalized Combat Records, the classic label recently obtained and relaunched by Megadeth / EMP Label Group’s David Ellefson.