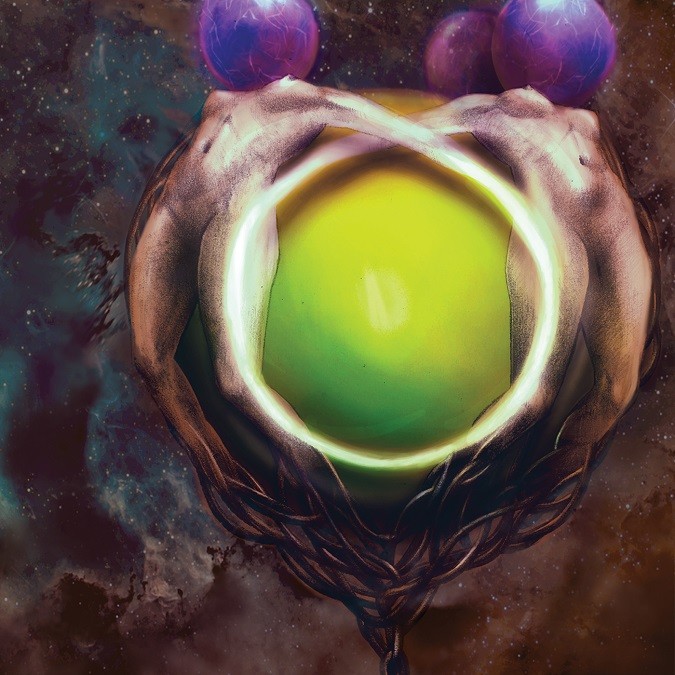 After releasing two full-length records – a self-titled début in 2011, and 2015’s ‘Nadir‘ – this quartet of melodic expansion has returned and Ripple Music‘s first official release of 2019 will be AVER‘s third full-length, ‘Orbis Majora‘. We have a full stream of the album for you here today, in advance of its release this Friday, January 18th.

‘Orbis Majora‘ has been on repeat here for about four hours and it’s a whirlwind of an album. “Feeding The Sun” sets the sails to send you through waves of instrumental psych-scape abundance, peaking atop some heavily progressive spine-tingling rock, and soaring you out headfirst into a galaxy of soothing nebula clouds and explosive supernovae. That’s just the opening track.

Thus far after multiple hours of listening in its entirety, my ears keep clamoring to hear the third song again and again. “The Last Goat Out of Pompeii” has 6:15 minutes of an exquisite soul lullaby. Bliss from start to finish.

I may be late to this space soiree, but I didn’t arrive empty-handed. Bearing gifts of what equates to a harmoniously audile kick in the face, AVER‘s ‘Orbis Majora‘ is going to leave bruises on that beautiful celestial body of yours.

Available this Friday, January 18th, pre-orders of ‘Orbis Majora‘ are open at the Ripple Music webstore.