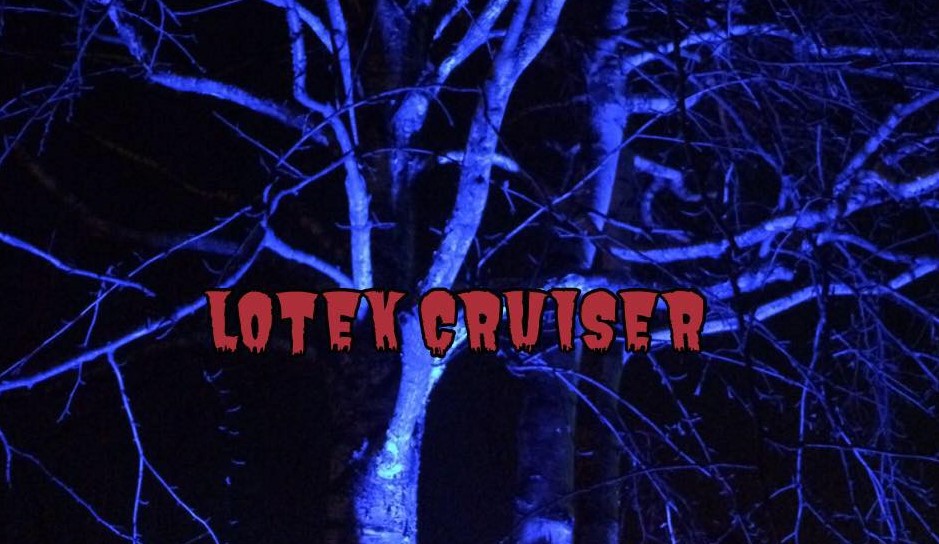 I’d almost bet that the name is a new one to most of you. You know what? If so, that is all fine and dandy, because I like being a heralding source of something new for those able to appreciate such. But, maybe you are already down with the L.C. by means of their three-song EP released in 2017, ‘Spirit Vine‘… and if it’s the case, that is all good, too.

Either way, this heavy sludging, riff-driven behemoth has come to ruin your groove, and dammit, they are gonna do it in such a way that you’ll never forget it. Hell, you may even consider yourself beholden to them afterward, who knows? Not I… not when it comes to that, anyway, but here is what I do know: LOTEK CRUISER – Nathan Fereiro (vocals), Alex Araya (guitar / vocals), Trevor Rees (bass), Chad Seim (guitar), and Michael Zettell (drums) – have amassed all their shared influences and talents into this exemplary example of contemporary sonic density.

From start to finish, track to track to track, front and back, this self-titled album is an aggression-addled, downtuned battery of musical hostility and angst, and it all begins with “Grains Of Time.” We are quickly underway, as the song’s guitar riffs burrow out gutter deep trenches right off the line and accompanied by harsh vocals, one might think they are derived from gargling razor blades. Braced by a rhythmic spine generated by an unwavering bass and drum backing, we are taken through the paces of the song, but they are a bit tame compared to what comes next.

“At The Speed Of Glaciers” is quite a misleading title, but it won’t matter in the long run, for despite it, track number two is a rapidly paced mass of metalized moves. With a catastrophically careening onslaught of guitars, angry drumming, and those acidic vocalizations, given time, this is music that pounds all into submission. Other tracks never deviate far from this formula, and if at all, it is only in timing or tempo, like those of “Plotting Forward“, “Fragments“, or the crushing inferno “Burn It Down.“

Truth be told, the sonic excesses of LOTEK CRUISER can be traced along influential lineages to such iconic acts as Crowbar, or to albums from such, like ‘Impetus’ era Clutch. The intake of these excesses over long, extended periods of time can be felt here in a cut like “Scars,” but there are also connections to modern-day entities like Hollow Leg or Wasted Theory to be found in the likes of “Surrender” or “Black Heart“.

One need only take the path laid out within “Left Turn” (video below) to hear all that and more, like the progressive sludge aspects of this decimating music. Yes, I believe it is safe to say that Ontario’s LOTEK CRUISER has arrived by means of their imminently looming self-titled charge and, if heavy-yet-textural auditory objectification is your thing,  well then, this is the band and album to quell your desire.