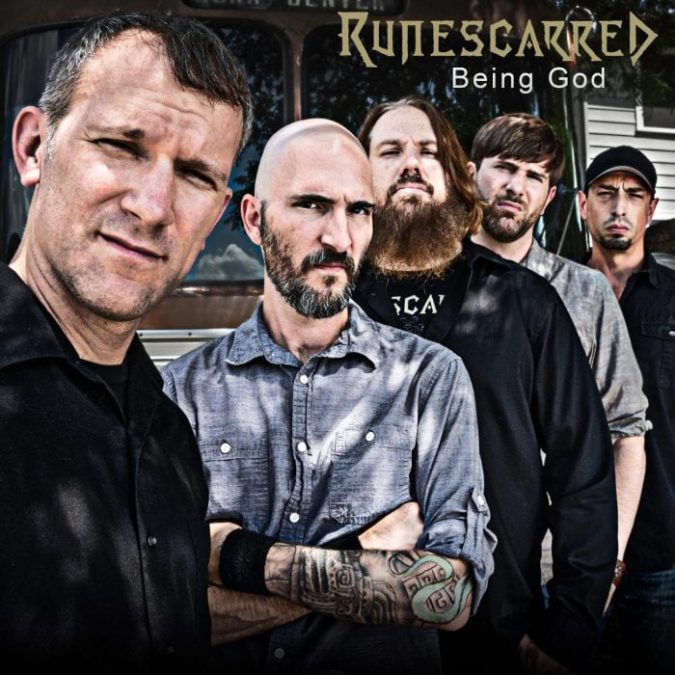 It has been less than one year since Austin, Texas’ RUNESCARRED arrived on the underground metal scene with their independently issued introduction, the three-song ‘We Are‘ EP, in June of last year.

Now, RUNESCARRED returns with a new single, “Being God,” and its accompanying official video treatment. The guys offered the following about the song:

“Being God may at first seem like an idle boast but the track proves otherwise. The cocktail jazz and Bach-esque harpsichord breaks are a welcome diversion from the groove-laden riffing elsewhere in the tune. I am really proud of the song’s dynamics and arrangement and I hope everyone digs it as much as we do!”

Check out the new song and video for “Being God” from RUNESCARRED below, and you can catch them live at these upcoming shows: