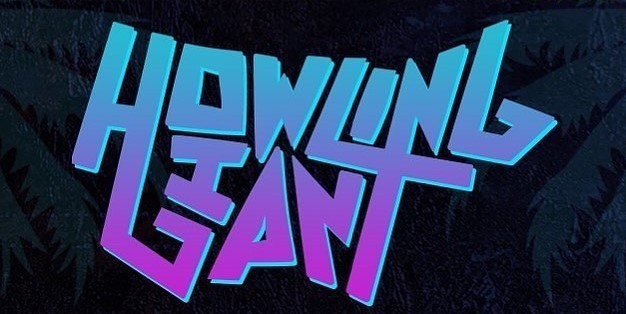 The first of today’s revelations is the anxiously awaited arrival of the newly remastered version of their 2015 self-titled EP. Coming March 22nd from Blues Funeral Recordings, the ‘Howling Giant‘ EP has been newly remastered by Dave Shirk (Mastodon, Pentagram), and is adorned with reimagined cover art by Darren Merinuk. It will also be made available on vinyl for the first time and pre-order is active now at Bandcamp.

This is just the beginning of current events for our cosmic psych-metallers, as HOWLING GIANT also announces that the band will engage in some extensive touring quite soon. The road work will start with a string of March live dates in the company of none other than Indianapolis’ own progressive metal monstrosity, ARCHARUS. This jaunt will include the first of two looming festival slots for HOWLING GIANT, the ever-popular SX Stoner Jam ’19.

After that, HOWLING GIANT shall embark on the Spring Tour 2019, also featuring a fest set at this year’s Psycho Smokeout (presented by the Psycho Las Vegas folks). Both of these runs will be utilized to further break in the band’s new “official” bassist, Sebastian Baltes, within the HOWLING GIANT ranks – where guitarist and vocalist Tom Polzine, and drummer and vocalist Zach Wheeler round things out.

You can find the full itineraries for both of these live campaigns below, but before you go there… our last bit of HOWLING GIANT updates reveals the band is rumored to be one of the first acts tapped to appear on Ripple Music‘s forthcoming ‘Turn To Stone‘ series of split releases. Then, and this is not a rumor, they have confirmed landing a coveted spot on Magnetic Eye Records‘ next anxiously-awaited tributary homage, ‘Dirt [Redux]‘.

Yes! It is all happening quite righteously in the world of the celestially sci-fi-empowered rock trio HOWLING GIANT!