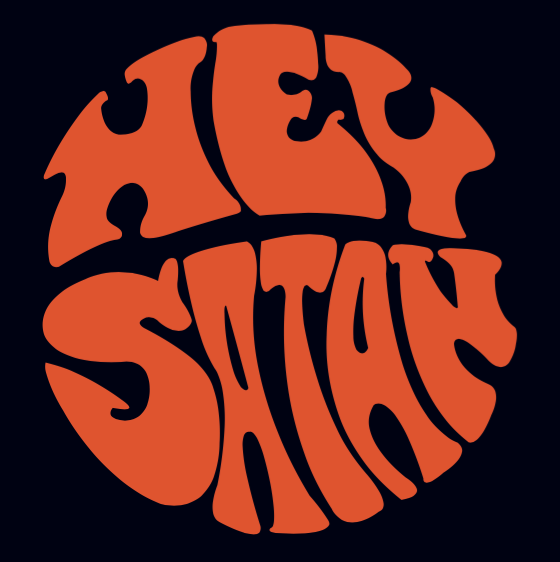 Soulful Swiss stoner rock trio, HEY SATAN, has returned with an all-new round of customized rock and roll to follow up on the spectacular strike they made in 2017. The mark that was made by the band’s full-length, self-titled starter (currently available as an NYP – Name Your Price item) some two years ago, has led us to this.

Cold Smoke Records is set to release the new album from HEY SATAN, ‘Orange Moon‘, on April 5th. With today’s announcement comes the accompanying album artwork and the band’s official video for the song “Golgotha Beach“.

On the track, you will hear the sultry, liberating guitar riffs, punctuated drumming, and superbly solid vocals that result from the band’s unique configuration. Yes, the structuring of HEY SATAN contains the lead guitar and vocals of François, the drumming of Frank, and the guitar and vocals of Laurent (no last names shared)… a powerful trio devoid of a traditional bass player.

Check out the “Golgotha Beach” video now, all of which was shot by Sophie Brasey, in The Sunshine State of Florida, U.S.A.

‘Orange Moon‘ will arrive digitally and on a limited edition vinyl LP from Cold Smoke Records on April 5th. A new vinyl re-release of the 2017 Self-Titled outing from HEY SATAN will also arrive in March.