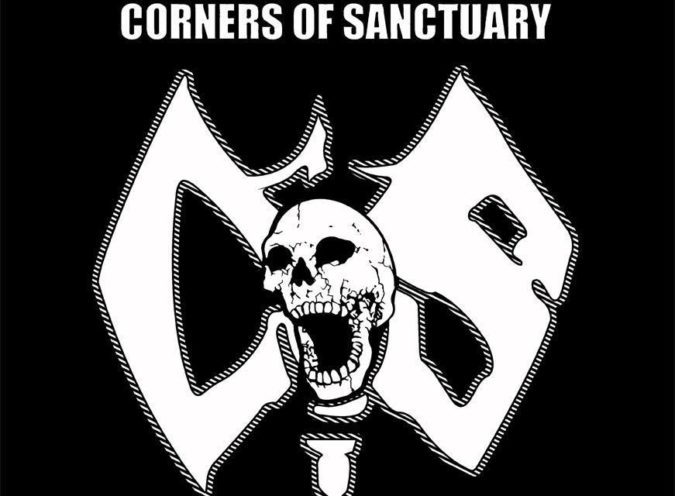 The Philadelphia-based power metallers CORNERS OF SANCTUARY have released a brand new single, “Children Of The Night“, with an accompanying official video. The track marks the first release from the band showcasing new vocalist Ryan Michael who has worked with the band since late last year.

CORNERS OF SANCTUARY are now hard at work on a new studio album with Ryan, their sixth full-length is tentatively titled ‘Heroes Never Die‘ (a possible reference to the band’s 2012 début EP, ‘Forgotten Hero‘?). The release is expected to arrive sometime in 2020 through Germany’s Killer Metal Records.

“Having a new member always brings about change…and change is good. We’re taking things one day at a time and making the most of what we do. The goal is to keep making music… so that’s our plan.”

“Music for the new album is already recorded. We are in the process now of preparing to have Ryan lay down the vocal tracks. We’ve always prided ourselves on our ability to keeping the train rolling… oh, we hit plenty of bumps, that’s for sure… we just learned how not to let up on the gas.”

“Children Of The Night” was written by Michaels and CORNERS OF SANCTUARY drummer Mad T., while the band partnered once more with the famed Bill Metoyer (Sacred Reich, Armored Saint, D.R.I.) for the song’s mastering. The track also includes additional backing vocals by singer Frankie D (Seeker, Decypher).

Formed in 2011, CORNERS OF SANCTUARY epitomizes the very best in underground U.S. metal. Inspiring their reputation with fans by issuing fierce, no-filler releases, along with incendiary live performances, the band is actively forging an ironclad musical legacy.

We expect further developments from CORNERS OF SANCTUARY and their in-progress record, ‘Heroes Never Die‘. You can visit the band’s official website for a digital download of the new single, tour dates, and more at this LINK.