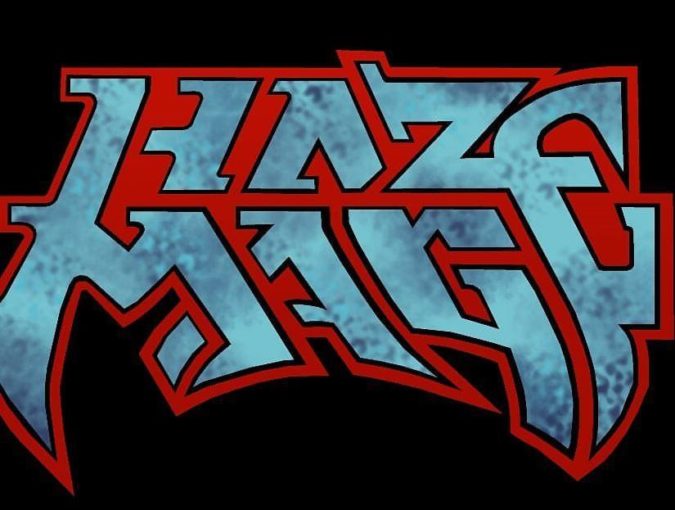 Set to arrive from Grimoire Records on April 19th, ‘Chronicles‘ is a mystical manifestation realized, one rooted in imagination melded with talent. Today, the time arrives to unveil the album’s artwork and details, pre-order platform, and more, including the presentation of one of its songs. More on that momentarily…

HAZE MAGE began their musical life in late 2015, and from there quickly established a reputation for their thunderous, animated live performances. The band caught the attention of another Baltimore presence, Grimoire Records soon afterward and in early 2017, they had united for the recording and release of the ‘Blood Mist‘ EP. The contents of that EP received bold critical praise, helping HAZE MAGE to seriously up their game upon live stages throughout Maryland and beyond.

Transporting listeners to a long-hidden world of archaic forests and surreal landscapes occupied by fierce beasts, the music of HAZE MAGE is enthralling. It engulfs you within its riff-driven homages to otherworldly realms, subjecting listeners to metallic magic that they shall not soon forget. Find this out for yourself by streaming “Fire Wizards“, the first single to strike from the upcoming ‘Chronicles‘ album.

In related news, HAZE MAGE is deeply involved with the annual 4/20 “holiday” event of heaviness in Baltimore – 2019’s newly re-christened GRIM REEFER FEST. This year’s edition is to be held at Ottobar on Saturday, April 20th, and will feature performances from Ruby The Hatchet, Heavy Temple, Yatra, Horseburner, Mountainwolf, Book Of Wyrms, and Tombtoker. HAZE MAGE will also be appearing in conjunction with the release of the ‘Chronicles‘ album and will be announcing more tour dates in the near future.