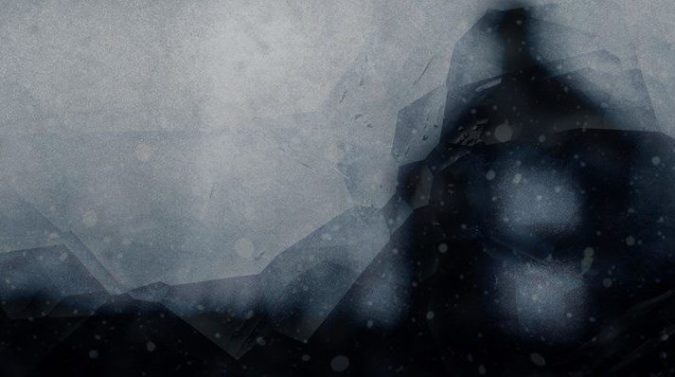 The following year, the project released its début album through Metal Blade Records, ‘Sympathetic Resistance‘, which featured fellow Fates Warning alumni Joey Vera (bass), Frank Aresti (guitar), and Bobby Jarzombek (drums). By all accounts, the album garnered a favorable reception with fans and critics alike, while fueling hopes of a follow-up at some point in time.

Today, the news that many music lovers have waited almost a decade to arrive, has finally come. ARCH / MATHEOS announce the arrival of their sophomore album, ‘Winter Ethereal‘, set to arrive May 10th via Metal Blade Records.

The anxiously awaited announcement is accompanied with the ‘Winter Ethereal‘ album details and first single, “Straight And Narrow“, with an official video. The new song sets the standard for the latest work from this famed duo, an introduction to a record believed to be more stylistically varied than its predecessor. That aspect partly due to the duo utilizing a variety of guest musicians in addition to the players from the 2011 outing.

“This stems from both of us trying to step out of our comfort zones a bit, sometimes voluntarily, sometimes being pushed. Having worked together so many times, it would be easy to fall into the same way of doing things, and I think we were both interested in exploring some new areas.”

“Each song is notably different from the next, and nothing sounds repetitive. It is not a concept album, but somehow after a full listen from start to finish, there does seem to be continuity between the songs that I can’t describe. At over an hour long, I think the fans will agree that it is a full listening experience.“

Arch also addressed the length of time that has passed between the duo’s two albums, stating:

“Sometimes after being away from something for a while and having life experiences to draw from, you feel you have something to say or offer. Music has always been the best medium for me to express what sometimes words alone cannot, and the timing for this record was just right. [Describing the new album as] “…unpretentious, emotionally driven, and, sometimes, the hard truth. ‘Sympathetic Resonance’ had many of these elements, but I think ‘Winter Ethereal’ does it with more breathing room, giving the listener time for reflection.”

‘Winter Ethereal‘ will be available in the following formats:

* exclusive bundles with shirts, plus digital options are also available!

ARCH / MATHEOS‘ ‘Winter Ethereal‘ arrives May 10th from Metal Blade Records; the album will be available in various bundle packages (listed below) while pre-order is active now at this LINK.