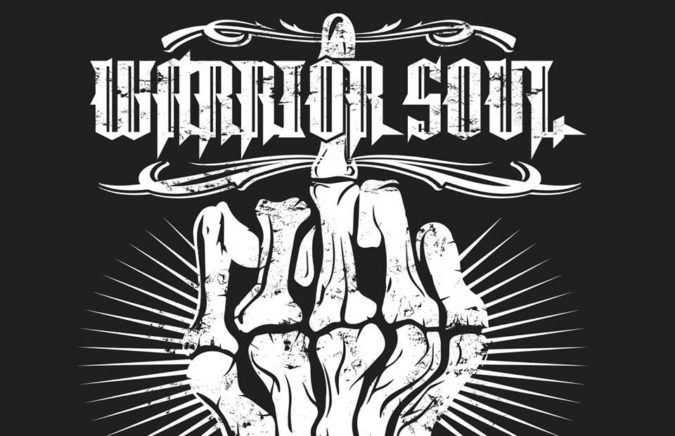 Following up last year’s successful and critically acclaimed outing, ‘Back On The Lash‘, frontman and resident radical Kory Clarke assembled the same writing and playing team in the studio this time around. Hoping to ensure continuity while drawing inspiration from the rich vein of social and political issues of the contemporary age, WARRIOR SOUL is the ideal band for the modern rock world. In a scene where corporate-backed sham “bands” rob music fans with their criminally stagnate noise devoid of any substance or merit, WARRIOR SOUL enters again with all guns blazin’.

‘Rock ‘N Roll Disease‘ was produced by Kory Clarke and Adam Arling, mixed and mastered by Miguel Martins, and engineered by Adam Arling. The album artwork was created by Mark Procter and introduces John Polachek as co-writing contributor and the band’s new guitarist. With him and Clarke in WARRIOR SOUL are The Last Vegas’ Adam and Nate Arling, alongside current touring band members since 2013, Christian Kimmett, Stevie Pearce, Michael Branagh, and Colin Dunne.

Kory offered the following statement about the band’s current mission and purpose, saying:

“We are going for the same feel as ‘Lash’ but honing it in more and picking it up a bit. ‘Back On The Lash’ was raw, fun and loose, this is too, but we are pushing it all over the top.“

Part of that push will include a European and U.K. tour that will launch next month. You will find the itinerary listed below as the new WARRIOR SOUL album ‘Rock ‘N Roll Disease‘ arrives June 7th from Livewire/Cargo Records.