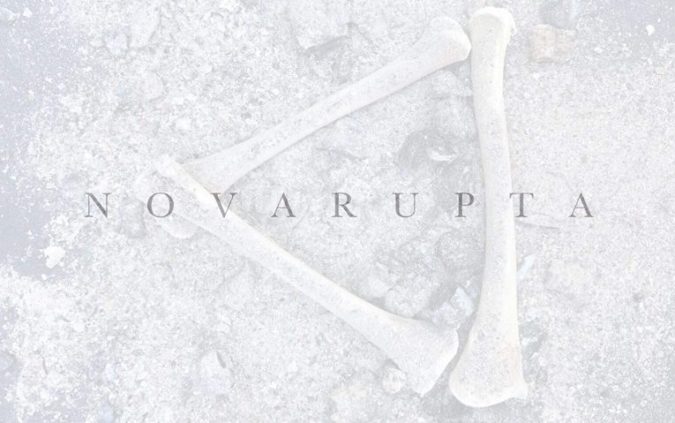 This week began with the April 29th release of the eagerly awaited début album from Sweden’s NOVARUPTA, ‘Disillusioned Fire‘, via Suicide Records.

That anticipation has seen a steadily increasing build-up since the moment that band founder, Alex Stjernfeldt, announced his plans after departing The Moth Gatherer. Disillusioned and nearly sidelined by depression and frustration at first, Alex soon began channeling his uncertainties into the creative process. That took the form of a deeper and much darker musical direction, while also returning him to the roots from which he came.

Ultimately, NOVARUPTA was born, further blurring lines between band and project, cooperative and collective, as Stjernfeldt recruited a cast of new friends, and old, to contribute. Coming together in an open and creative forum, Alex handled all music and instrumentation for what would in time become the ‘Disillusioned Fire‘ album. Upon it, an unbelievably mind-blowing host of guest vocalists including Mikael Stanne (Dark Tranquility), Jörgen Sandström (Krux, ex-Entombed/Grave), Martin Wegeland (Domkraft), Tomas Liljedahl (ex-Breach, The Old Wind), Claudio Marino (Tid), Joel Segerstedt (The Open Up And Bleeds), Jonas A. Holmberg (This Gift Is A Curse), and Ossian Reynolds (Lola Zaza).

Today’s details include the cover artwork created by famed Dutch artist Arjen Kunnen (Amenra) of Northsea Skulls and tracklist. Also being unveiled at this time is the official video for the new single, “Stones“, a song that Alex wished to share the following insights:

“‘Stones” was one of the first tracks written and recorded for NOVARUPTA. In some ways, it was to throw everything I’ve picked up in music the last ten years out the window and return to my musical roots. At the same time, the riffs and sounds came from a really dark place within me that has sadly gotten [to be] a bigger place inside the older I get. The result for me is a crushing experience that tears your thoughts apart, forcing you to face the essence of you. When Tomas from Breach/The Old Wind put down his vocals, I knew that this would become a song that will forever be important to me. And I hope that people who hear it can feel the naked frustration and honesty in it.“

‘Disillusioned Fire‘ was mixed by Kristoffer Folin (Domkraft), and mastered by Karl Daniel Lidén (Terra Tenebrosa, Greenleaf, Crippled Black Phoenix). Along with the Mattias Christenson directed video below, you will find a player streaming the new album below.