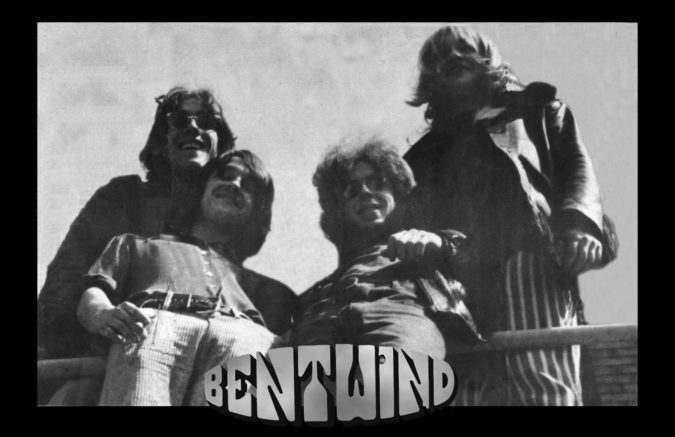 The year was 1969, the place is Toronto, Canada, more specifically, the hippie infested Spandina and Sussex Avenues, not far from the University Of Toronto campus.

Needless to say, the times… they were a-changing. While The 5th Dimension sing about “The Age Of Aquarius“, there was an altogether different age looming: The Seventies. Yet, before this particular year ended, darkness would descend and eventually envelop the Flower Power children. A horrific, crystalline clear image of this change was relayed through a series of murders that took place in Los Angeles between August 8th – 9th, claiming the lives of four people, including actress Sharon Tate.

Four months later, the “peace and love” mantra of the counterculture was effectively stamped out at the Altamont Speedway in northern Cali on December 6th. While bands like The Rolling Stones, Santana, Jefferson Airplane, The Flying Burrito Brothers, and Crosby, Stills, Nash & Young had played, The Grateful Dead refused to go on and for good reason. A considerable amount of violence had already occurred, much of it at the hands of Hell’s Angels members hired as security, and it included the stabbing death of a concert goer, along with three other “accidental” deaths.

Yes, it was a completely different vibe that was growing everywhere, including Toronto, where a cast of musicians soon assembled themselves as BENT WIND. Before this happened, rhythm guitarist and vocalist Marty Roth were running a head shop where, on occasion, if the door was open and things were just right, he heard faint wafts of live music played somewhere close. That turned out to be the basement of 57 Sussex Avenue where guitarist and vocalist Gerry Gibas (who Roth had previously been a bandmate of in The Roads To Ruin) was jamming with bassist Sebastian “Sudsy” Pelaia and drummer Eddie Thomas.

The quartet was soon jamming together, eventually taking the name decided on by Gibas, BENT WIND, as they ironed out original songs written mostly by Gibas. While other local acts were playing Simon & Garfunkel covers, BENT WIND was channeling their musical and external societal influences into songs they felt were “something special.” Plus, they vowed to never play cover songs, only original music that they themselves had created… and what creations they were.

Soon BENT WIND was performing live at a local 12-hour music festival – advertised as 12 bands over the span of 12 hours. It was only their fourth time playing live and due to the usual behind-the-scenes delays and issues, BENT WIND only played for 15 minutes – but it was the right 15 minutes, in front of the right person. That person was Merv Buchanan, owner of Trend Records, who approached the band as they were loading up and enticed them to record an album. A week later, they recorded their first single, “Sacred Cows”, with the b-side “Castles Made Of Men”.

The music of BENT WIND is quite heavy, undercurrents laden with acid rock and blues bearing the weight of massively thick, psych-fuzz guitar riffs. That is anchored down by steely rhythms, hammered into place by concussive drumming while hazy vocals float across it all. It is not happy-go-lucky music in the least, it is dark and sometimes frenzied, ominous even, and crafted with experimental qualities. Those include, for example, the use of bird calls during the guitar break of a song about and inspired by a guy that murdered his girlfriend, as detailed in the 12-minute track “Riverside“.

All of this took place in 1969, over the span of a few months, and it culminated with BENT WIND releasing their début full-length album, ‘Sussex‘, before the new decade arrived. The album was adorned with a hand-drawn sketch of a bird, unicorn, mushrooms, etc., by Gibas with a magic marker. It was pressed in very limited quantity, though how many exist exactly is still disputed, but today there are believed to be less than 500 copies circulating worldwide. When it was released, local Toronto music retailers priced the LP at $2.89, and what copies they had did not sell, most just sitting and gathering dust.

The album’s songs were all inspired by the real-life existence and denizens of the Sussex Avenue vicinity. In the years since its release, ‘Sussex‘ has gone on to become a highly sought piece of Canadian music. The album is now considered one of the more rare, highly collectible albums in the world of music, with original pressings fetching thousands of dollars on the collectors market. Recent retail transactions of the album have sold for upwards of $5,000 USD; not bad for an LP that radio refused to play and was recorded over a period of two days, with most of the songs recorded in one take.

BENT WIND played another four or five shows after the album was released and returned to Trend Studios in early 1970 to record a 45 single, “Leroy Goes West” and “The Leper.” However, before the recording could be released, BENT WIND called it a day and folded, with the master tapes of that single being lost along the way. They remain in limbo to this day, though a live rehearsal version of “Leroy Goes West” can be found on a collection of songs issued in 1970, ‘The Lost Ryerson Tapes‘.

The members of the band went on to do a variety of musical things separately, until 1989 when, after nearly twenty years defunct, Marty Roth believed the time was right to reform BENT WIND. Hopes of doing so with the original line up were soon dashed, when he discovered Eddie Thomas just no longer possessed the same drumming chops of his past. Then bassist “Sudsy” Pelaia had immediately laughed off the idea altogether when Roth pitched it to him, but Gerry Gibas was open to the return… at first. Roth wanted Gibas to move from lead guitar to bass, and then brought in a new guitarist, Robbie California (Robert Brockie), and drummer John Butt.

The renewed BENT WIND had a sound radically different than that of the past band, something determined after one practice, and then Gerry Gibas promptly quit. The biggest difference was the guitar sound and playing, the results of moving Gibas to bass. Robbie’s method was clean and structured, inspired by blues and reggae, the exact opposite of Gerry’s original approach of fuzzed-out, incessant noodling. Bassist Bill Miller was then brought in and before the end of 1989, BENT WIND released a second album, ‘The Fourth Line Is… You Will‘. The title was a reference to people’s reactions anytime Marty Roth told them he was in a band, playing out in conversation as: The first line is… (Them) “What’s the name of the band?” The second line is… (Marty) “Bent Wind.” The third line is… (Them) “Never heard of ‘em“. The Fourth Line Is… “You Will” (Marty).

While the sophomore record was a respectable effort, its music was a far different cry than the ‘Sussex‘ era, as was the band’s third album that arrived in 1996, ‘Shadows On The Wall‘. Unable to recapture the band’s “glorious” past, BENT WIND gradually dissipated like dust in the wind, not coming to an official end, but an end nonetheless.

“My whole intention in music was to write songs that people would like. It really never was about the money or the fame. If it was, I would have chosen a different route. Bent Wind’s ‘Sussex’ has been bootlegged and pirated numerous times around the world and although many people have capitalized on ‘Sussex’, the band itself, never made a cent. I just want to say, Thank you to all those who supported us over the years and I smoke a joint in your honor! As a matter of fact, make that two….“