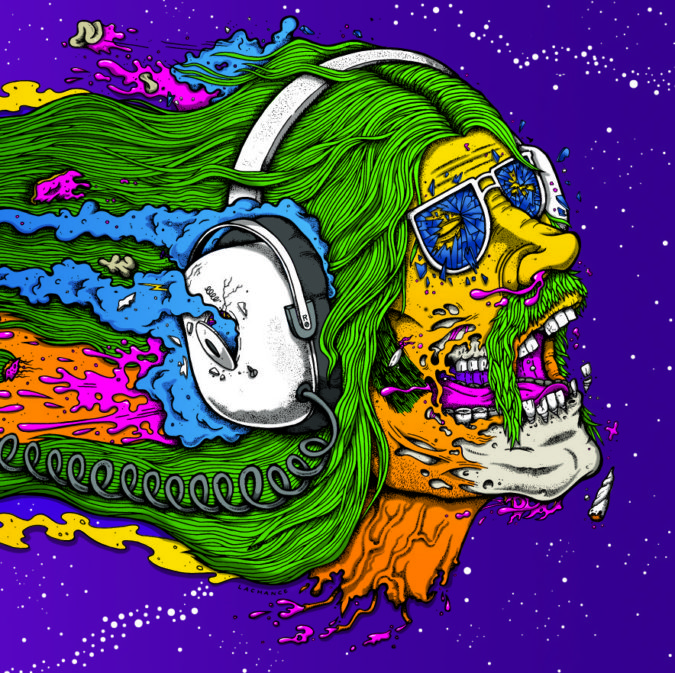 Hot damn! It has been a bit more than a minute since we last heard from the Boston, Massachusetts area’s rock ‘n roll trio supreme, ROADSAW, right?!

You know it, but, thankfully, the period of their prolonged absence is about to come to an end with the band announcing the arrival of their eighth studio album. The cleverly titled ‘Tinnitus The Night‘ is slated to be released June 7th from Ripple Music and we have all kinds of related goodies to share.

With the unveiling of the album artwork and assorted other details, comes the inclusion of the brand new single, “Shake“. The song is classic ROADSAW through and through, from the brawny riffs that bring it out to the beaten into place rhythms and brash vocals. This is to be expected, even counted on, as the realization that the heart and soul of the classic ROADSAW lineup are intact and ready to attack.

With Ian Ross on guitar, Tim Catz on bass, and Craig Riggs doubling up on vocal and drum duties, this ferocious three-piece are up to their old tricks once again. For the anxiously long-awaited follow-up to their 2011 self-titled offering, the band holed up in the familiar digs at Mad Oak Studios in Allston, MA, with Benny Grotto handling production for the new album.

The wait is nearly over as the new ROADSAW album ‘Tinnitus The Night‘ is set loose on June 7th from Ripple Music. Formats available will include CD, LP, and digital, with U.S. pre-order active now at Ripple Music (U.S.A.) or International orders.