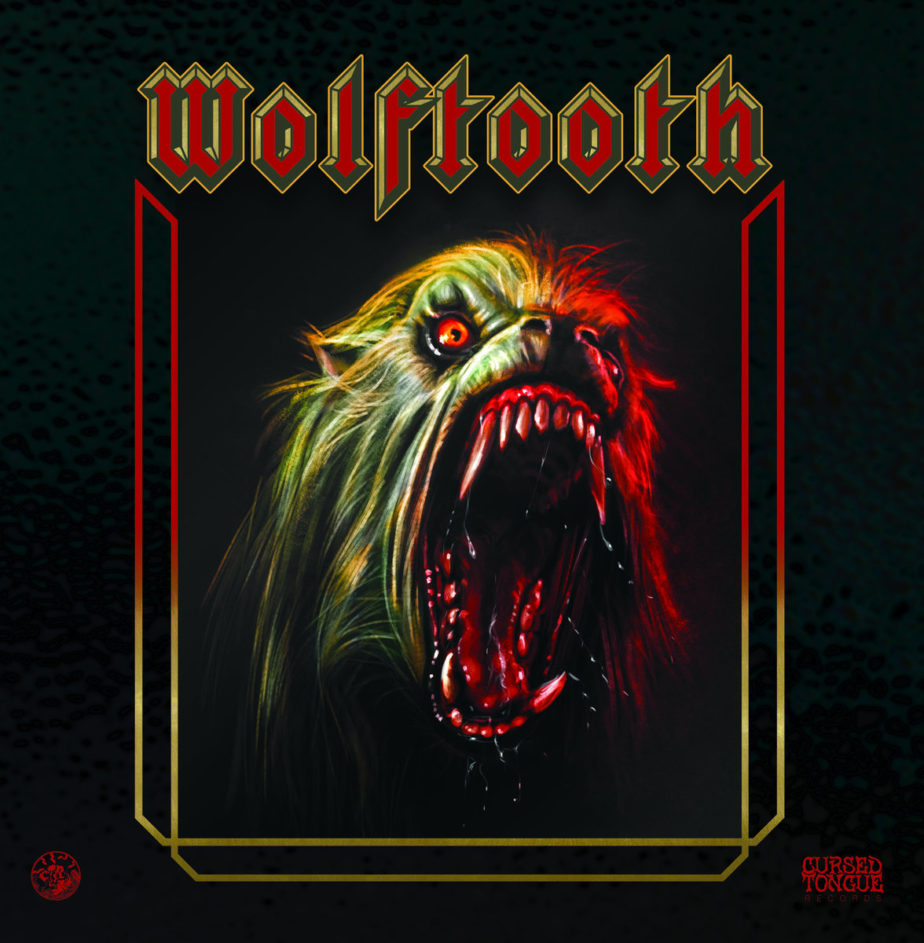 Set for a June 21st release through Ripple Music, the 2019 edition ‘Wolftooth‘ contains the original album now with the added bonus of a previously unreleased song! The track, titled “Withered Trees“, falls right into place with the initial release’s contents, but at the same time reveals a band continuing their evolution. The band – Chris Sullivan (guitars and vocals), Jeff Cole (guitars), Terry McDaniel (bass), and Johnny Harrod (drums) – elude to this in the comment accompanying today’s announcement:

“The Wolftooth camp is extremely proud and excited to be working with Ripple Music to be re-releasing our self-titled debut worldwide. The bonus track ‘Withered Trees’ is a song we wrote around the same time as ‘Frost Lord.’ It wasn’t quite ready for release at the time, but we’ve tweaked some riffs and arrangements to bring forth a new song we are really proud of.”

With a stylistic dynamic of massive riffs leading the charge and elements of traditional proto-metal influences, WOLFTOOTH stands poised to conquer the world before them. This large-scale, forward movement is slightly ironic for a band that, in their early days, had adopted a rather nonchalant outlook upon the music that they were creating together. Each is a veteran musician with previous experience in other bands, once aligned together in WOLFTOOTH, they collectively put to rest any expectations of a positive public reverence for their music.

It has been said that when you least expect something or are not actively seeking that something, whatever it may be, is often times when it lands in your lap. This was pretty much the case with WOLFTOOTH, their ascent was well underway before the eponymous self-titled album manifested in early 2018 [interview and review], released via Blackseed Records. It had begun a year or so prior, helped in part by their live shows and a handful of songs the band released in EP form [review].

Many proclaimed the praises and adulation of the mighty WOLFTOOTH worldwide. If you have somehow missed all of this, perhaps having been living under a rock in some Twilight Zone-esque limbo somewhere, then fret not. You can jump right into the rally for WOLFTOOTH by picking up the re-issue of the self-titled ‘Wolftooth‘ album (with bonus content) when it arrives from Ripple Music on June 21st…

… do not miss out again!

UPDATE: WOLFTOOTH has just issued a brand-spanking-new video for the bonus track “Withered Trees“, which we now pass right along to you…