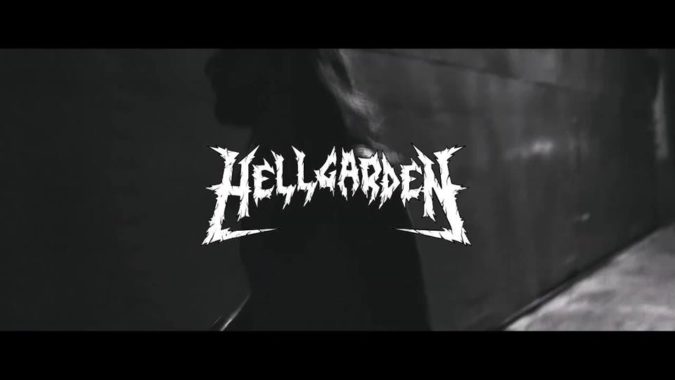 Introducing HELLGARDEN, a heavyweight thrash band hailing from Brazil, one that has come to mercilessly assault metal fans with their first official single, “Learned To Play Dirty“.

The song is an over-the-top, unflinchingly aggressive mashing of razor-sharp riffs with pummeling rhythms and drums. With its serpentine coils and relentless hammering, there’s an ever-present element of southern metal throughout the song, reminiscent of greats like Pantera or Exhorder. Accompanied by an official video treatment directed by Thiago Victal, “Learned To Play Dirty” captures HELLGARDEN in an agitated state of metallic fury, thanks to images provided by Ste de Carvalho, Patrícia Assis, and Victal.

The single and its NSFW video (due to profanity) come off the band’s yet-unreleased début album and are the first introduction to HELLGARDEN for many. The album, ‘Making Noise, Living Fast‘, was recorded in 2018, at ForestLab Studios in Petrópolis, Brazil with producer Lisciel Franco. A release date is expected to be announced soon.

The origins of HELLGARDEN trace back to 2015 (under a different name) and a trio of musicians, guitarist Caick Gabriel, drummer Matheus Barreirosis, and vocalist Diego Pascucithe. Joined by bassist Guilherme Biondo in 2017, they adopted the name HELLGARDEN and soon the quartet were playing live shows and festivals throughout Brazil.

Now they have set their sights on the global-wide metal underground, determined to share their traditional thrash metal styling around the world. Check out the “Learned To Play Dirty” video from HELLGARDEN below.