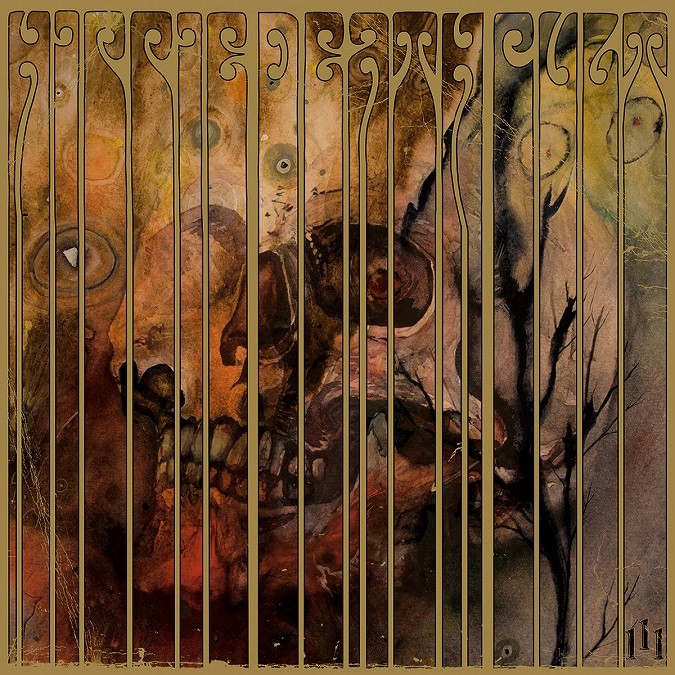 HIPPIE DEATH CULT‘s ‘111‘ is a monolithic debut from front to back. Today, we have a premiere for you of their latest single “Treehugger“.

The Portland, Oregon quartet has provided listeners with eight fuzzed-out tracks, which will feature a vinyl release by Cursed Tongue Records out of Denmark.

Featuring powerhouse guitar player, Eddie Brnabic, the bodacious Laura Phillips on bass, the thunderous Ryan Moore on drums, and the haunting Ben Jackson on vocals and synth, HIPPIE DEATH CULT boasts over 100 years of collective rocking experience. While the name “Hippie Death Cult” is new to us, it’s no wonder why this debut is so masterful: every member of this band has a lifetime of Rock n Roll mastery behind them.

From Ben‘s Ozzy-esque apocalyptic lyrical visions to Eddie‘s Iommi drenched style, from Laura‘s thick Geezy basslines to Ryan‘s robust Wardian poundings, the Sabbath influence is potent on ‘111′. But, while certainly influenced, it would be reductive to call Hippie Death Cult practitioners of Sabbath Worship. Or, maybe I’m getting it twisted: Hippie Death Cult may be the only true Sabbath Worshippers in my book.

What’s always frustrated me about the Sabbath Worship trend is how often bands who use that label seem to cherry-pick what Sabbath was (looking at you, Dio deniers). I haven’t heard many guitar players who actually seem to have studied Iommi’s techniques, nor taken the time (or had the talent) to double an album’s worth of riffs and solos to achieve Iommi’s sound. Yet, Eddie‘s been able to internalize, after what I’m sure has been a lifetime of effort, Iommi’s stylings in a way I haven’t heard anyone else come close to.

All of this would be for naught if it weren’t for the rest of the Cult. The rhythm section is so deep in the pocket you’d think they were a piece of gum from the 7th grade. Laura‘s bass tone drives the riffs, filling the slight void between the doubled guitars, and steps out into prominence at all the right times. Ryan‘s drums sound massive on this record, with one of the creamiest snare tones I’ve heard in a long time.

Ben‘s effects-drenched vocals provide the glue to keep it all together. His lyrical themes seem to revolve around the apocalyptic present, with a refreshing ecopolitical eye. At times I questioned the referential nature of the lyrics – it’s so hard to get away with using “ring of fire”, “gravy train”, or “dirty deeds” that when Dyer-Baizley did the same thing on Purple, it almost ruined the record for me. However, Ben manages to pull it off because, true to HIPPIE DEATH CULT style, he’s expanding on these old ideas more than leaning on them.

‘111‘ is being released on July 26th and will be available digitally on Bandcamp, Spotify, and iTunes. The vinyl release date is set for August 23rd, with pre-orders starting on August 2nd at the Cursed Tongue Records webstore.

No plans for CD or cassette yet, but I’m sure there will be soon. HIPPIE DEATH CULT will be touring in support of ‘111‘, and you’d be a fool if you don’t drink that Kool-Aid.

The ‘111‘ album was recorded at HDC HQ in Portland, Oregon, and produced, engineered, mixed, and mastered by Eddie Brnabic. Mastered for vinyl by Tony Reed at HeavyHead Recording Company. The beautiful cover painting was created by Ben Jackson.

Until Friday, you can hear HIPPIE DEATH CULT‘s new single “Treehugger” premiering above, as well as their previously released song “Sanctimonious” below via Bandcamp and check out their upcoming live show dates: