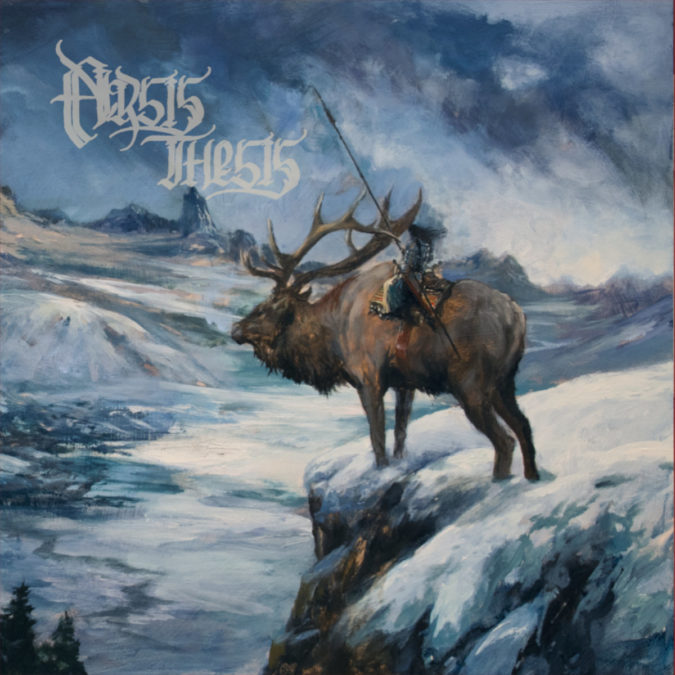 ARSIS THESIS is a Texas located duo who recently staked their claim back in April to start their own underground music dominating campaign with the release of an EP.

That in itself is always a good cause for celebration, but there are still factors to be accounted for as the five-song ‘Pangea‘ is quite damned remarkable. So remarkable in fact, it recently decimated all competitors in the voter based Unsigned Heavy Band Exploration held by the online site Rotation 11. Not bad for the siblings behind this début outing, guitarist / vocalist Nick Blevins and drummer / vocalist Jake Blevins.

If you have heard the ‘Pangea‘ EP then you should be well aware of its superbly significant contents already… and if not, well, that’s why we’re here, right? It is a given that most reviewers are likely to lump the EP and by default ARSIS THESIS, into some box-checking, genre category of the day. Good luck with that, because if they (you, whoever) have even a slight grip on musical designations, that shall be no easy task. Allow me to toss out just a few that are applicable – sludge metal, alternative rock, experimental, punk, noise rock, and fuzz something or other.

“Terrence Fletcher” takes us into this record with a chaotic, yet rather levity evoking deliverance of instrumentation. Things rapidly gain speed and momentum once a throat-wrenched scream lights the fuse, one that burns with an infectiously repetitious riff. Mere moments later, the guitar chugs away amid this song that, don’t take this the wrong way, sounds like a good System Of A Down at times. That is, if S.O.A.D. had a brasher attitude, fortitude, and the fury to match.

If you aren’t sold yet or at least close to it, the show-stopping title track “Pangea” comes to seal the deal. This fuzz-enhanced descent into a manic metallic fury, laden with vocals that reek of anxiety – real or imagined on my part – quickly became one of my favorites of these five tunes.

Intensity and aggression both continue to be ratcheted up in ample amounts in the bar-setting “Coffins” and the semi-pummeling, semi-WTF song that follows it, “Chivalry“. The first has musical passages that seem to be lifted directly from the Holocaust song “The Small Hours“, later made (more) famous by Metallica. Things are really loosened off the chain with the latter, as “Chivalry” is a careening crash course in how to sludge with groove.

Finally, there is a bit of a reprieve from the punishing sonic assault as “Snow” falls upon us with a bluesy demeanor. Slow and deliberate, with chunky substance and a hella thick guitar tone to match, this mostly plodding mass provides a cool, eventual close to this album. Like the other songs, they each contain some rather intriguing lyrics.

Like the hypothetical landmass believed to have existed 300 to 200 million years ago, and connected all terra-solid into one “supercontinent”, ‘Pangea‘ is quite similar. It connects differing aural terrains into one singular entity, this EP. Some of it is rocky, quite craggy, and petrous while other is more earthen, therefore rich and fertile… great for growing.

Explore the ‘Pangea’ EP from ARSIS THESIS in this review or expedite yourself to Bandcamp [HERE] for further streaming and purchase options. It is currently available there as a NYP (Name Your Price) offering.