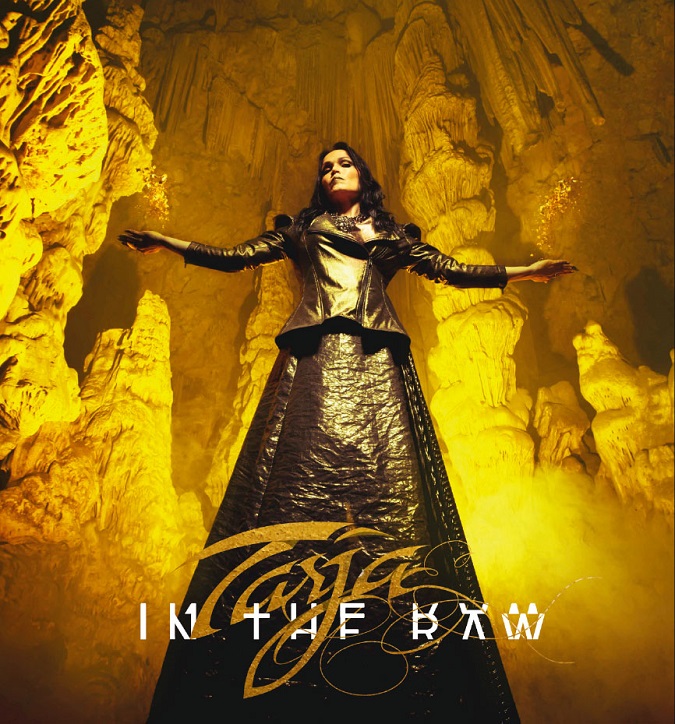 Blame Finnish singer Tarja Turunen for everything I am musically these days.

It was hearing her clarion call in the chorus of Nightwish’s “Nemo” that made me sit bolt upright one fateful night about five years ago. She got me woke to the wonderful world of power metal in general and of women metal vocalists in particular.

The brilliant soprano behind the best material the symphonic metal legends have ever done and a renowned solo performer in her own right since 2006 has a singular voice, often copied but never duplicated. Her classical training tinges everything she does and gives the hardest metal a sheen and elegance that is uniquely her own.

Tarja’s latest solo album, ‘In the Raw,’ continues in her tradition of releasing a rock/metal album after releasing a more classically oriented piece, although this time, 2016’s ‘The Shadow Self‘ followed 2015’s ‘Ave Maria: En Plein Air,’ so now we’re at two rock ones in a row.

The first single, “Dead Promises,” with Bjorn “Speed” Strid of Soilwork, crushes with sparkling delayed guitars pierced by her operatic “aahhs.” In the verses, she holds back and lets him shine – both in singing and growling – but on the choruses, she takes charge. She is naturally born to collaborate, it seems, and she’s an expert at it, giving and taking in precise measure. The lyrics are ambiguous, referring to either an addiction pulling people apart or the breakdown of a relationship.

“Goodbye Stranger,” with Lacuna Coil’s Cristina Scabbia, is built on a swinging, crunchy riff, and boy, do their voices blend well – think her duet with Sharon den Adel in “Paradise” for Within Temptation. They alternate both big chunks of the song and individual lines in a very unaffected, and again, natural, manner. The sentiment here seems to be about finding a new beginning, but having to experience the tough times first.

“Tears in Rain” boasts the coolest accompanying video I’ve seen in a long time (streaming below), turning our delicate flower Tarja into a rough-and-tumble roller derby girl. It relates the memories of a relationship that are slowly fading with time. The title is a lovely metaphor, full of regret, but not maudlin, more a gentle reminiscence (“I wish I could feel / But I can’t remember“), knowing that she might move on, but she will never forget (“I will write another storyline“).

“Railroads” lets that operatic training burst forth, her voice ringing alongside a powerful syncopated string melody. It’s very reminiscent of something Nightwish would do, with layers upon musical layers and lyrics that are more images than a story or a plot. Her restraint is admirable here – it ends leaving you wanting a bit more, which is always good.

“You and I” is a piano-based orchestral arrangement that’s simply stunning. Tarja’s phrasing, her precise diction, her superb command of emotion conveys gratitude and love without corniness or schmaltz. She never oversings nor over-arranges – the track swells dramatically and logically with the final chorus, but then quickly backs down to let her deliver the last few delicate lines almost without accompaniment.

“The Golden Chamber,” made up of several movements, including “Loputon Yo” (sung in Finnish), is a dreamy and drifting instrumental interlude, again much like something Nightwish would do. “Spirits of the Sea” is primal and dark, organic and sometimes atonal. This is another example of it not being the words as a whole, but the images certain lines convey and the sounds of those words and phrases that are important. Tarja’s not afraid to be lyrically obtuse at times.

The final collaboration is “Silent Masquerade,” done with Tommy Karevik of Kamelot. It starts and ends with a spoken-word reading and is propelled by a gorgeously rich piano riff. Karevik has a certain Broadway quality to his voice that makes this another natural pairing, although she clearly uses him as shading on this track and not as a true duetting partner.

“Serene” seems very much about self-reliance, like finding that part within that you can use to reassure and cope (“I’m gonna capture the silence / Dress up in your fear / And harbor your ocean“).

“Shadow Play” again relies on the syncopated rhythmic choral singing and orchestra backing that seems inescapable for her, and that’s not a criticism. Here, she could be making a veiled reference to her past with Nightwish, if you choose to interpret it as such. She speaks of “a girl who had no name / dressed as an angel in disguise,” and refers to a “marionette,” that is, being controlled. She then moves on to find herself (“She made a deal with the enemy and let her fences fall / From the dust she built a door to frame new memories“) and then says she is “now the puppeteer,” that is, in control – moving “one day at a time not trying to please.”

‘In the Raw‘ continues to develop and refine the sound Tarja is establishing for herself, while acknowledging the influences that shaped her.

Playing with Tarja on her current tours are guitarist Julian Barrett, bassist Doug Wimbish, keyboardist Christian Kretschmar, cellist Max Lilja, and drummer Timm Schreiner. She’s hit Russia and Latin America this fall, before the Finland run of Christmas dates starting in November to close the year, then 2020 sees her touring Europe in earnest.

Order ‘In The Raw‘ on earMusic