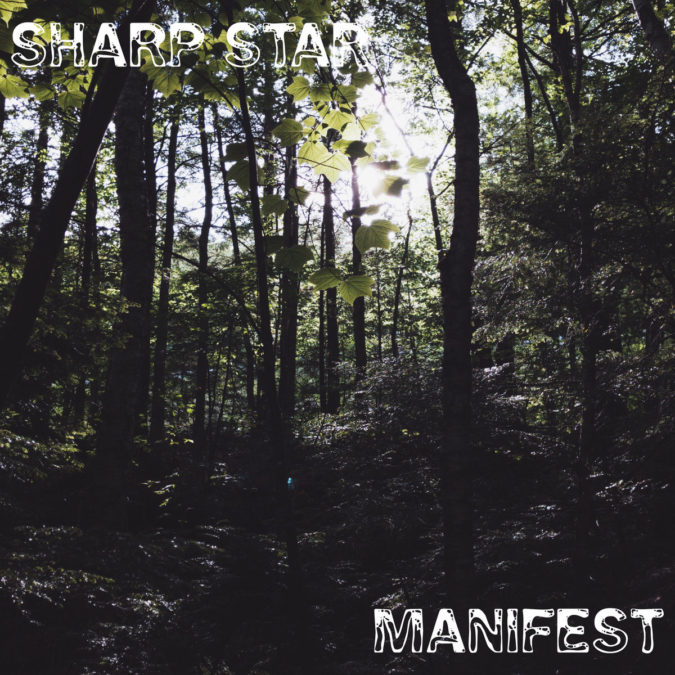 I have discovered that with age should come an appreciation for varying genres or styles of music, at least that has been and is currently my personal experience.

There really was no definitive point in time when things changed, not one that I can specifically draw attention to. Instead, it has been a gradual awakening, a realization that no one particular type of music has a monopoly on being the ultimate best. Truth is, I now listen to a lot of diverse stuff, but try getting me to do so 15 or 20 years ago? Yeah, right… good luck with that.

The latest release to land on my radar from a distance outside my usual wheelhouse is the ‘Manifest‘ album from the Paducah, Kentucky duo, SHARP STAR. With nearly a decade of activity and regular releases under their belts, Ethan O’Daniel (lead vocals, guitar, backing vocals) and Logan Hill (drums, bass, mellotron, Fender Rhodes, backing vocals) are forging their own way forward. For this pair, doing such means creating some rather unique indie rock music fortified with melodic elements and organic emotion.

The eight-song ‘Manifest‘ arrived in late September and a precursory listen reveals this is something entirely different from most contemporary fare. More than likely, you will find this fact evident enough to embrace yourself after the phenomenal introductory cut “Wired” pulls you in. Don’t be mislead by the song’s title either, for this is not some raucous, frenzied, metallic free-for-all… not even close.

The super power of SHARP STAR is their blatant, unmistakable trajectory toward writing songs that are profound and harrowing. “Wired” is both totally minimalist at heart and utterly able to shudder your very soul at times. If you can imagine something like The Doors’ “The End” melded with the music of Seventies era Stephen Stills, then you are on the path to getting this.

Each new track unfurls encased in a soulful darkness, with “Awarious” and then the enthralling “Mope“. The latter is one of the best examples of the quiet cool our duo here embody and exude. From Ethan’s sedate, semi-whispered vocals, to the entrancing acoustic guitars, and accessory type percussion from Logan.

With nods to such gothic-infused music as The Church and Sisters Of Mercy, with a splash of The Smithereens, songs like the superb “Derealized” will move you. Yet, along with that comes an overt sense of wounding and loss, with “Painia” being one of the more clear-cut examples of these.

By the time we arrive at the final number, the album ending “Found“, we have hopefully discovered something about ourselves. This is music that makes you introspect and determine, I dare say one cannot listen to this album without an adverse reaction. Ultimately, is this not what we are all seeking in and from music as a whole? Reactions… outcomes… results.

You may expect all three and much, much more if you possess the open mind and unobstructed heart needed to absorb what SHARP STAR are laying down. ‘Manifest‘ is an ideal title for the type of emotionally opulent output this pair of Kentuckians bring to our attention.

After hearing this album, you will not leave the same person you were upon arrival, I assure you. Stream ‘Manifest‘ in this review or go to the Bandcamp [HERE] of SHARP STAR for further streaming and purchase options.