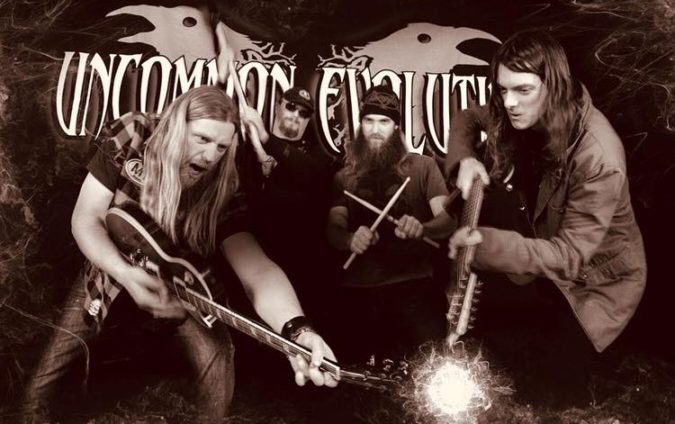 The foursome from Flathead Valley will release ‘Algid‘ on January 17th, 2020 via Argonauta Records. The album was recorded, mixed, mastered, and produced by Machine (Clutch, Static-X), who lends a guest vocal contribution on the first single to arrive.

That chunky number, “Harder Than Hickory” is where we find Briar Gillund (guitar and vocals), Matt Niles (drums), River Riotto (lead guitar), and Rick Bushnell (bass) delivering a heavy blow. Rippling with influences ranging from Clutch to Scissorfight or Planet Of Zeus, the song is a high-flying, hard rolling introduction to the new album.

“Harder Than Hickory was a name we put on this crazy series of riffs because it was really hard to play at first. But that outro is a blast to pull off live!”

The new album ‘Algid‘ from UNCOMMON EVOLUTION is set to arrive on CD, vinyl LP, and Digital formats on January 17th from Argonauta Records; pre-order is available [HERE].