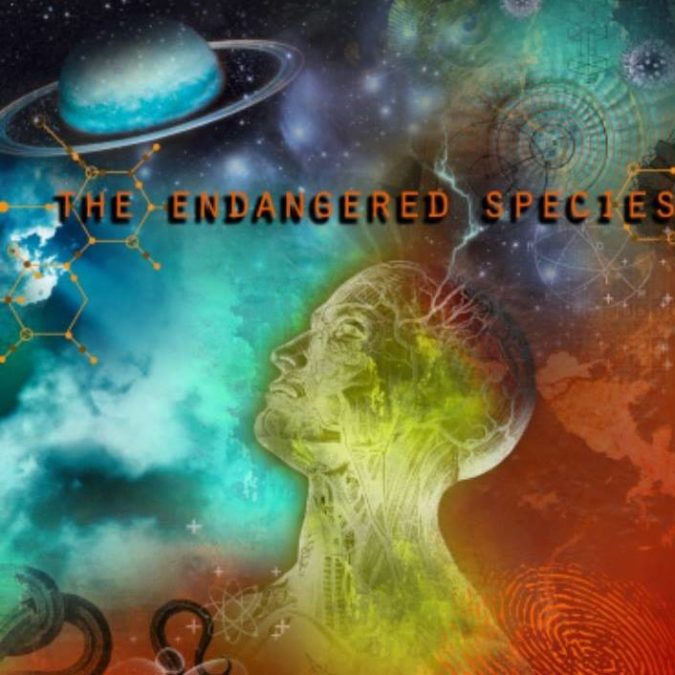 “Not just a band… a movement!” – Seek out something to do with the Atlanta-based collective calling themselves THE ENDANGERED SPECIES and you will certainly see this saying at some point, somewhere.

While many musical acts are manufactured and, at best, generic hacks having very little vision, such is not the case with today’s subjects. Having recently released a 10-song, eponymous full-length album, THE ENDANGERED SPECIES are musicians on a mission. And like so many things in life, death, and loss were the catalysts that inspired their materialization back in 2009.

Eight years prior to that, in February of 2001, the father of band founders Wade and Robin Divver, was murdered by the Sinaloan drug cartel. At the time, both of the brothers were quite young and they were ultimately robbed of their memories, along with a future with their father. The only things the siblings did have of their father’s were two prized possessions: guitars – a 1983 Fender Stratocaster and a 1967 Gibson SG. Despite the heartbreaking tragedy they had endured, Wade and Robin would galvanize over time, eventually rallying around the one thing not corrupted for them… Rock ‘N Roll.

Retaining the name used by their parents’ own traveling musical performance outfit during the late ’80s and early ’90s, THE ENDANGERED SPECIES were born anew one decade ago. With such a heartrending origin, along with the generation-spanning connection through its name, the Divver’s helm an undertaking birthed of calamity. However, they refuse to wallow in it. Instead, THE ENDANGERED SPECIES embody a movement determined to raise awareness, elevate consciousness, and spark the awakening of intellect based compassion… and they do it all through the power of music.

On this self-titled opus, that music is an amalgamation of blues, alternative rock, and Southern folk music. Experienced producer and industry veteran Joey Huffman (Collective Soul, Izzy Stradlin, Blackberry Smoke) and Kevin Sellors handled production and engineering duties at The Vault Studio in Marietta, Georgia. Huffman, a former member of Georgia Satellites and Drivin’N Cryin, as well as touring member of Lynyrd Skynyrd and the Hank Williams, Jr. Band, also contributed keyboards to this album.

What results from the melding of tragic inspiration, diverse influences, and true talent are ten songs of heavily blues imbued rock Americana. This is established on the lead-in cut, “Magic Man“, a sweltering jam of a minimalist nature. Its continuous guitar and organ, bolstered by a strong rhythmic backbeat, provide a superb start some may find reminiscent of The Jeff Healey Band or Fabulous Thunderbirds.

However, do not allow the introductory track to mislead you into thinking the remainder of this album must lie in the same musical vein. Truth is, “Magic Man” is pretty much the black sheep of this tracklist, the only overtly boogie ‘n blues number, though “Heart Breaker” hits upon one of those styles. That song’s lulling, slow-grooved and soulful blues altogether forgo any aspects of boogie in its mellower elements and poignant emotion. That emotion is delivered in both the song’s musical outpouring and singing, the latter featuring contributions from female vocalist Brianna Sotillo.

Now, if you find yourself curious as to what territories are explored on the remaining eight tracks, let me enlighten you if I may. Trust me, any illumination may be appreciated, necessary even, due to the dark places traversed at times. Songs like “Mirror On The Wall“, “Dead Silence“, or the harrowing “Widow’s Son” may seem simplistic at first, each’s acoustic elements possibly adding to that belief. I doubt you will get comfortable with the notion though, for each reveals deeply introspective subject matter encased within haunting, soul jarring audio accompaniments.

I find the album’s stand out selections are numerous, but the first one to yield resonating results is, without question, “Promise Land.” Another simplified start soon gives way to the vocals, ones seeming to channel the spirit of Chris Cornell amid the spiritually-centered queries presented. This will not be the last we hear of either of these elements (Cornell comparisons and spirituality) but suffice to say, the first time here is effective.

Another powerful offering of both comes upon the briefly grievous, but thoroughly impacting, “A Thousand Years Away“. Ultimately, the song is a soul searching call to action on an individual basis, one where the message is a most profound challenge. Expounded upon by THE ENDANGERED SPECIES in several interviews and other places, it dares a person to make real-time changes right now, ones that will have the power to affect someone a millennium away. Lyrically, it is translated here as:

It’s not as hard as it seems, it starts with a change inside yourself“

Two songs from the eponymous record have really remained high points for me, each a foray into extremes at opposite ends of the sonic spectrum. The first of them is the band at their utmost alternative metal mode, the controlled burn of “World Gone Mad“. Quickly taking to the heavier, yet melodic side of things, this slow galloping, chunkier cut is an impressive one. The ebbing flow of the music is constant, a precisely guided churn of stocky riffs and animated rhythms beneath some beefier vocals in comparison to other songs.

Speaking of comparisons, the follow-up number, “Sleepless Nights“, is the second song in the pair I referenced above. Gradually unfurling to become a descent into a pensive, melancholic musical place that, alas, will not remain in said condition long. Before it is over, the song transforms to become a radical genre-mashing mix calling for a revolution against a multitude of perceived evils. The blend of the dismally enhanced core of the song is embellished with rap passages from Notabol Salo’Cin, along with female spoken parts and other curveballs.

Truth is, curveballs are a continuous phenomenon on the self-titled introduction to THE ENDANGERED SPECIES, albeit oft times more subtly tossed ones. They land with remarkable accuracy as far as something to change the pace goes, something outside the norm supplying an invigorating breath of fresh aural atmosphere. It does so with heartfelt audio and vocal lamentations disguising truly inspiring messages when deciphered.

Though tragedy and loss may have been the catalyst for the birth of the band, they and their music possess strong healing properties. This miraculous remedy is applied quite liberally, directly at hand from The Divver Brothers and their collective accomplices. All you must do is be willing to receive…