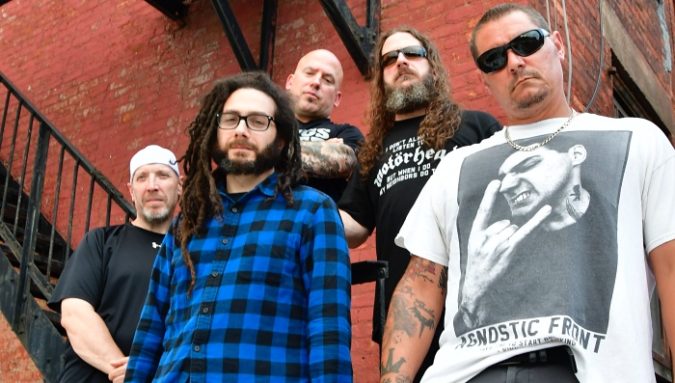 An incredible roster of musicians, ones having made their bones in some of New York and New Jersey’s most recognizably named music units, have aligned together within a single act.

Foregoing all the inclinations toward typically average crossover-style hardcore music, KINGS NEVER DIE cull elements from a wide variety of influences. This process began in 2018 when Larry Nieroda called up longtime friend Dan Natasi and the two immediately began work on what would in time become KINGS NEVER DIE.

Soon they were joined by Kaflin, Milnes, and Gadino under this banner, where they quickly began to make an impression with the people that heard the band. People like those attending their first live show at NYC A7, the legendary birthplace of New York Hardcore. Needless to say, the response was overwhelming.

Check out the first single to make the proper introductions to the band, “Before My Time“, streaming below. Larry Nieroda summed up the fast-rising band the following way:

“We are a hard, rocking band, with long-standing roots in the NYHC scene. Kings Never Die is all about having a straight up good time.“

Further details and the official release date of ‘Raise A Glass‘ from KINGS NEVER DIE and Upstate Records will be announced soon.