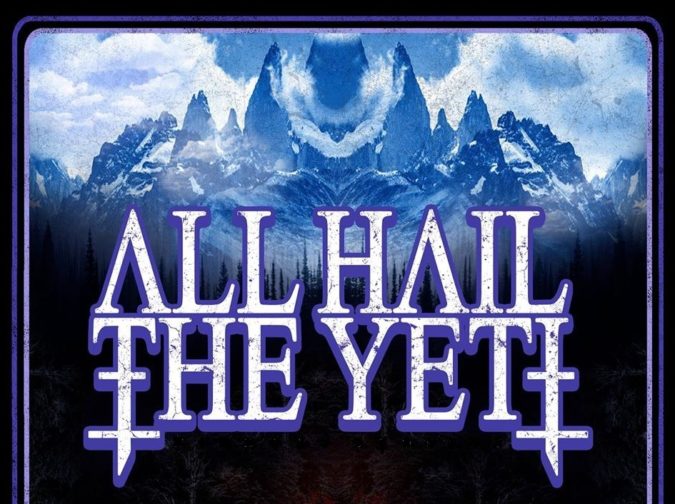 Los Angeles, California’s incendiary contemporary hardcore and metal hybrid ALL HAIL THE YETI has shared a number of news items concerning the band’s current events and other plans.

Before 2019 came to a close, ALL HAIL THE YETI welcomed new guitarist Dave Vanderlinde into the fold, alongside vocalist Connor Garritty, bassist and vocalist Nicholas Diltz, and drummer Ryan “Junior“ Kittlit. The new addition came around the same time the band joined the artist roster of The Oracle Management, run by Dez Fafara (DevilDriver, Coal Chamber).

“Dave has an unbelievable talent. The writing process has been painless and some of the most fun we’ve had in a long time. His guitar playing is exactly what AHTY needed. Add that to his personality and hunger for success and you have the perfect combination.

The Oracle’s Dez Fafara and I have been friends for a very long time. He is probably the most responsible for my music career starting in California so many years ago. Circle back two decades and now the team is right where it needs to be. He is driven, smart, no bullshit and that’s exactly what this band needs. We are beyond honored to be added among such greats.”

“Sometimes when things need a new fire you have to go to the source of the flame. Steve is a genius, and we could not be happier with what is happening over at the Omen Room in Orange County. We have no doubt that this will be some of our best material yet. We are very anxious and ready to unleash this beast on the world, and we can’t wait for all our fans to be able to experience this life with us. Hail!”

To tide fans over until the as-yet-untitled EP arrives, ALL HAIL THE YETI is debuting a new lyric video for the song “Felo De Se“ from their most recent album, ‘Highway Crosses‘. Translated from its original Latin, the song title means “felon of himself”: a person who has died by suicide or has perished after committing a self-destructive act.

“The song is about a teenager that is bullied for being different,” frontman Connor Garrity says, “…and when he decides he’s had enough, he goes to class, slits his wrists, and sprays his blood on his aggressors.”

Connor goes on to share his own deeply personal ties to the track explaining:

“As a victim of bullying myself, I have zero tolerance for any form of it. With the climate of America’s society today, ‘Felo De Se’ hits the mark, spot on. Kids are tired of not being able to be themselves. Tired of feeling ashamed for being different than the norm [of] America’s youth. We say, ‘Stand up! Fight back!’ Be who you want to be. And none of us should feel any type of persecution for this. This is the flag for freedom of expression. Freedom to be different. Wave it proud!”

Watch the lyric video below and further information about the new EP from ALL HAIL THE YETI will be made available soon.