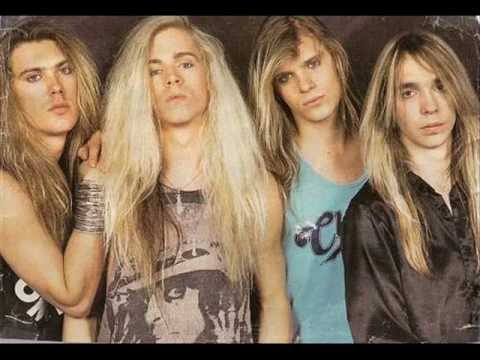 As the Eighties moved past the mid-way mark of that particular decade, boundless possibilities were presenting themselves in the realm of music.

Of course, like everything else, this could be either a positive or a negative, depending upon where you were placed in the music genre pecking order. Many classic rock bands were struggling then, finding themselves somewhat lost in the then-rising MTV video age’s emphasis on image and over-polished, but sometimes underwhelming songs. Yet, those very things were also driving people in droves towards other types of music, for instance, the exploding thrash metal scene at the time.

Part of that time-specific metamorphosis inspired creativity for many sorts; musicians who pushed the envelope to do their own thing. Some navigated the uncertainty by not catering to norms, not allowing others to define or corrupt them. No, those types of Rock ‘N Roll Rebels blurred any supposed barriers, broke all perceived rules, and in the process found themselves.

In 1987, Memphis, Tennessee’s EVERY MOTHER’S NIGHTMARE had burst on to the scene and were advancing nicely with their southern-imbued style of bluesy rock. Founded by guitarist Steve Malone and singer Rick Ruhl, the original version of the band was rounded out with bassist Mark McMurtry and drummer Jim Phipps, as word about the band had spread quickly. The buzz originated from their incredible, energy-packed live shows on the venue circuit between Memphis and Nashville. Yet, by the following year, McMurtry and Phipps had left the band and were replaced, albeit briefly.

The pair eventually returned and soon label A&R reps scouted the band. One, in particular, came to see them in April of 1989. On the night in question, the act that EVERY MOTHER’S NIGHTMARE played with had refused to let them use their lighting or sound equipment, which then forced the band to audition in a warehouse studio instead. They impressed the man from the record label so well that, with just 13 shows under their belts, the legendary Clive Davis signed EVERY MOTHER’S NIGHTMARE to Arista Records.

Their superbly well-structured songs of feel-good hard rock, packed with dynamic change-ups in timing and tempo, plus an abundance of melodic nuances, clearly appealed to fans. EVERY MOTHER’S NIGHTMARE really upped the ante with their release of a self-titled début in 1990, and it may be safe to speculate that guitarist Steve Malone, bassist Mark McMurtry, singer Rick Ruhl, and drummer Jim Phipps, had no idea what was looming at that time. With catchy-as-hell songs (including a lively cover of Charlie Daniels Band’s “Long Haired Country Boy“), accessible sound, and stylistic ties to peer acts like Mötley Crüe, Dangerous Toys, or L.A. Guns, ‘Every Mother’s Nightmare‘ was a dream come true.

That rapid grasp of the brass ring was greatly helped by MTV’s Headbanger’s Ball, as it played the official videos for two singles, “Walls Come Down” and “Love Can Make You Blind”, in its regular rotation. After that, it seemed E.M.N. were suddenly everywhere; from tours in support of Cheap Trick and Dream Theater to numerous music-oriented publications, and even an appearance on The Joan Rivers Show.

Sophomore album ‘Wake Up Screaming’ arrived in 1993, and spawned another hit single, “House Of Pain” and its subsequent video. However, tastes in music had shifted and were ever-changing, so much so that Arista Records dropped EVERY MOTHER’S NIGHTMARE less than a year after their second album was released. The blow caused the band to lose momentum during the latter half of the ’90s and resulted in numerous lineup changes over the next seven years.

In 2000, Rick Ruhl returned with a new incarnation of EVERY MOTHER’S NIGHTMARE, which included guitarists Travis Hall and Jeff Caughron, bassist Troy Fleming, and drummer Kris “Newt” Beavers. This version of the band joined the Perris Records roster, where they released a trio of albums between 2000 and 2002 – ‘Smokin’ Delta Voodoo’, ‘Back Traxx‘,  and ‘Deeper Shade Of Grey’. This productive burst of recorded action was a swansong-like move, though as EVERY MOTHER’S NIGHTMARE entered a semi-inactive state that would last for the next 13 years.

Never ones to stay down for the count, 2015 brought an independently released EP from E.M.N., the well-received ‘Grind‘. More or less a sampler to test the waters, so to speak, this led to the determined return of EVERY MOTHER’S NIGHTMARE via the 2017 HighVolMusic full-length of the same name, ‘Grind‘. Since then, the label re-issued earlier releases ‘Smokin’ Delta Voodoo’ in 2018, ‘Back Traxx’ in 2019, and ‘Grind’ on LP in 2019. The band officially signed with HighVolMusic in 2016, then extended their contract in 2018, and are now signing a new extension beyond 2025.

That is not all, not even close. The current incarnation of EVERY MOTHER’S NIGHTMARE – Rick Ruhl, Travis “Gunner“ Butler, Troy Fleming, John Guttery, and Allan Bone – recently announced they are recording a new album (expected to arrive June 5th of this year). There are also plans to release more of the band’s back catalog, primarily the two Arista Records efforts from E.M.N.‘s early days.

As part of the ongoing re-release initiative, EVERY MOTHER’S NIGHTMARE recently released a new official video for their song “Pray” from their reissued album ‘Smokin’ Delta Voodoo’. Check it out below. These reactivated old-school rock icons are showing the new school how it’s done, playing shows and several large festivals on a regular basis. Find all upcoming live actions from EVERY MOTHER’S NIGHTMARE at this [LINK].