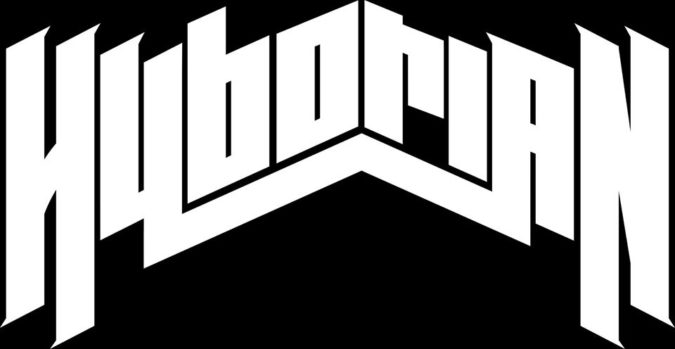 Coinciding with today’s announcement, at this time the first audio single from the upcoming offering, “Planet Destructor“, is being shared. Streaming below, the song is an uptempo, quick-paced battery of muscular guitar and explosive rhythmic grooves offset with aggressively forged vocals.

A conceptual record, ‘Volume II‘ picks up where the band’s ‘Volume I‘ introduction left off. It is accompanied by a 224-page, sci-fi novel ‘The Traveller’, penned entirely by guitarist and vocalist Martin Bush.

For further insight, HYBORIAN have been kind enough to share the following summary of the book:

“The universe is filled with beginnings. Life springs anew in a constant cycle of birth and rebirth, billions upon billions of beginnings, intrinsically linked, each influencing the beginnings that will come after. Every ending is in and of itself a new beginning; what once was, by the very act of ending, becomes the beginning of what is to follow. This particular beginning begins at the end; the end of everything. The universe is dying. It is in the final stages of passing out of existence, which is a beginning as well, the beginning of what comes after. The cycle continues, cascading in an unending series of births and deaths, all linked, each one shaped by the beginnings that preceded it.

“The universe is dying, but it will begin again.“

To celebrate the album release, HYBORIAN will host an album release show on March 20th, at The Riot Room in their hometown of Kansas City, MO. They will be performing with support from labelmates The Lion’s Daughter, along with Sedlec Ossuary, Ahtme, and Gravelord. Find further info [HERE].

This show will be followed by an April 18th appearance at the 2020 edition of Grim Reefer Fest in Baltimore, MD.

‘Volume II‘ from HYBORIAN is set for release March 20th from Season Of Mist and is available for pre-order.