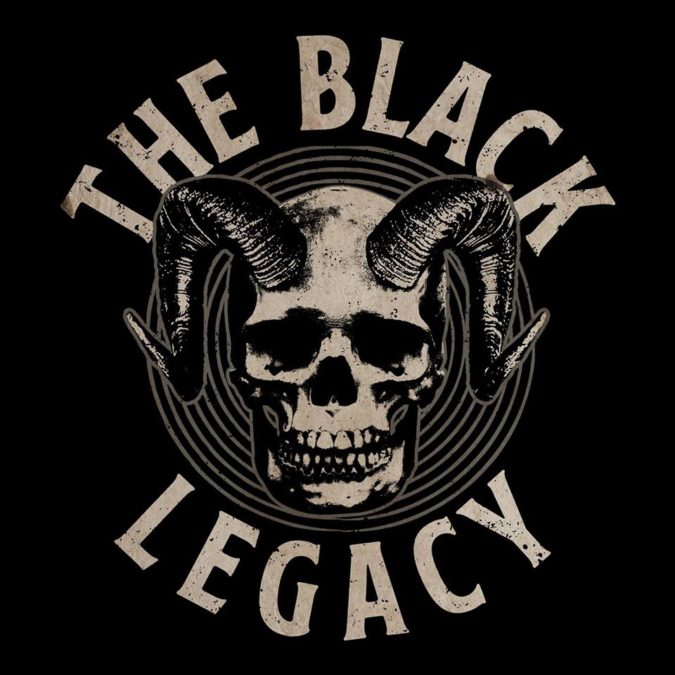 Premiering here today, “Endless Roads” is a revved-up ride-along on an iron horse of heavy riffs and jarring rhythms. The song is found on Friday’s (April 24th) ‘Black Flower‘ album release from Argonauta Records and showcases the band’s vigorous style of songwriting. With robust energy fueling THE BLACK LEGACY – Die (vocals), Alberto T. (guitar), M. Pepper (bass), and Joe Von Taine (drums) – are a band that is only just getting started.

Founded in 2018, brashly rebellious THE BLACK LEGACY believe in only two things: unapologetic, in-your-face rock and roll music… and motorcycles. With their sights set firmly on the world beyond the borders of Italy, these fearsome four are the living embodiment of a relentless sonic ferocity. They are hungry and they are driven, and these traits are evident in recent comments about their debut album.

“It’s been a long awaited dream of creating a personal sound in the wake of Black Sabbath, Led Zeppelin, Black Label Society or Queens Of The Stone Age to name just a few. Our first album, which we started to record in the summer of 2019, will finally be seeing the light of day this Spring, and we look forward to hit the road to promote it. We’re determined to deliver a dark, intense sound, smash the audience with a wall of heavy riffs, and ultimately, to take no prisoners. So, saddle up your iron horse and come to join the Legacy!”

Riff Relevant is pleased to present the new single from THE BLACK LEGACY, “Endless Roads” streaming below, along with the previously shared title track of the debut album, “Black Flower“. These are accompanied by the album artwork (created by Bobber Cult Artworks) and tracklist as ‘Black Flower‘ arrives this Friday, April 24th, from Argonauta Records. Pre-order is available [here].

Riff Relevant is pleased to present the new single from THE BLACK LEGACY, “Endless Roads” streaming below, along with the previously shared title track of the debut album, “Black Flower“. With over artwork created by Bobber Cult Artworks, the album ‘Black Flower‘ arrives Friday, April 24th, from Argonauta Records. Pre-order is available HERE.