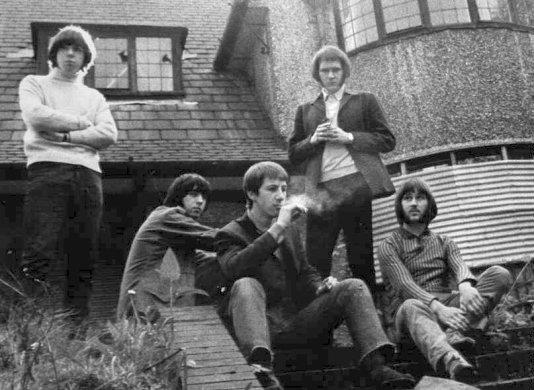 We jaunt back across the pond this week, returning to jolly ol’ England. To be more specific, the Southeastern side where London sits on the River Thames.

It was 1968, the “blues boom” was in full detonation. While some bands like The Yardbirds were breaking up, others, like Free, for example, were forming. Guitarist Mick Clarke and vocalist / harmonica player Bill Thorndycraft were playing in a group known as The Loop, but had aspirations all their own. Bill knew a drummer, Bazz Smith, who he’d met while touring in Germany and recruited him into the project. An advertisement in the publication Melody Maker, one of the world’s earliest music weeklies, soon resulted in bassist Stuart McDonald and pianist Lou Martin joining up.

Taking the name KILLING FLOOR, inspired by the title of a 1964 Howlin’ Wolf song, the band were soon set to play their first live gigs. Right after their first show, supporting Captain Beefheart, former radio DJ turned agent and producer, John Edward, approached the band and was interested in managing them. He was a good fit for the fledgling group. With his experience and insight and their fresh, fluid style of high energy blues rock, things began to happen quickly. In a mere matter of months, they had signed a recording contract with Spark Records. In 1969, KILLING FLOOR recorded and released their self-titled, debut album.

The majority of the debut’s tracks were re-workings of older Chicago blues material, although the only true cover version it contains was of Willie Dixon’s “You Need Love“. Though he had no previous experience in the field, Edward was listed as the producer of the record, which received a U.S. release through Sire Records. He was integral to some high profile shows KILLING FLOOR appeared at, too; one sharing the bill with Jethro Tull, Ten Years After, Jimmy’s Chicken Shack and The Herd, another with Yes and The Nice. The band’s fan base was growing, something that became evident when they appeared on two U.K. tours with American blues legend, Freddie King.

At the same time, some things were beginning to fray within the band, and eventually, Lou Martin decided to leave, while the band continued as a four-piece. 1970 brought the group’s sophomore release, ‘Out Of Uranus‘, via Penny Farthing Records and they played Easter Festival in Hamburg, Germany that year with Black Sabbath. Once again, John Edward received a producer credit, but Larry Page oversaw the recording sessions as executive producer. Despite some reviews being less than glowing, a single from the album, “Call For the Politicians“, received airplay on BBC Radio 1 and sold well in Germany.

KILLING FLOOR went through a number of line up changes between 1970 and 1971, one of which sees former Juicy Lucy vocalist Ray Owen, future Rory Gallagher drummer, Rod de’Ath, and former Andromeda / future Fuzzy Duck bassist Mick Hawksworth in the roster. By the middle of 1972, KILLING FLOOR was ready to toss in the towel and do so. Bill Thorndycraft left music altogether while bassist Stuart McDonald joined singer Paul Rodgers (Free, Bad Co., The Firm) in a short-lived outfit named Peace. As mentioned, drummer Rod de’Ath joined the Rory Gallagher band, where former KILLING FLOOR player Lou Martin had preceded him. Mick Clarke formed SALT, a pub rock outfit, before launching the Mick Clarke Band and subsequently issued nineteen solo albums and continues to tour even now.

In 2002, the almost unimaginable occurred when the original, 1968 version of KILLING FLOOR reunited after three decades. This modern version of the iconic blues act has released two studio albums since then with 2004’s ‘Zero Tolerance‘ for Appaloosa Records and 2012’s ‘Rock ‘N’ Roll Gone Mad’ for Rockfold Records. KILLING FLOOR periodically toured and in 2012, they played Sweden Rock Festival alongside Motörhead and Blue Öyster Cult.