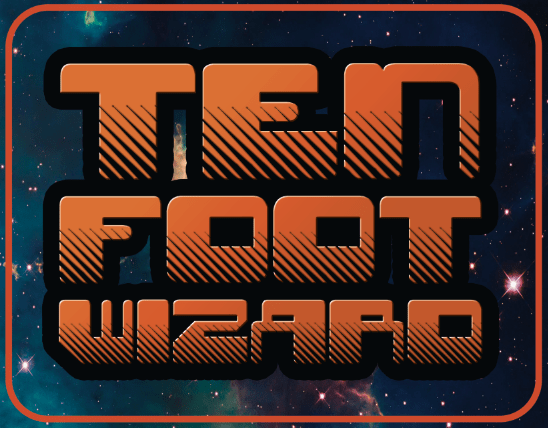 ‘Get Out Of Your Mind‘, the band’s third full-length studio album, is set to arrive July 10th via the band’s label, Beard Of Zeus. This is undoubtedly an exciting turn of events for supporters of these British rockers and their two previous releases, ‘Sleeping Volcanoes‘ (2015) and ‘Return To The Infinite‘ (2013).

Those releases resonated quite well with fans of stoner rock infused with funk elements and a swagger second to none. ‘Get Out Of Your Mind‘ was produced by T.F.W., mixed in NYC by Nic Hard (Snarky Puppy, The Bravery), and features Snarky Puppy keyboardist Justin Stanton on one of its tracks (“King Shit Of Fuck Mountain“). Going at things harder and stronger than ever before, the upcoming album creates its own upward trajectory fueled by a wide-ranging appeal.

Formed in Manchester, England in 2009, TEN FOOT WIZARD started life as a stoner rock group but quickly began incorporating myriad punk, metal, blues, funk, and psychedelic influences into a fuzzy, heady mix. With astounding live appearances alongside such acts as Karma To Burn, Scissorfight, Pentagram, Witch Mountain, and Elephant Tree, TEN FOOT WIZARD was quickly recognized as a phenomenal live act. The band’s third full-length should push them over the top and into a class all their own.

We are sharing the upcoming release’s artwork and tracklist at this time, along with the first track to open the album, “Namaste Dickhead“. The song’s laid back verses ride upon massive sized riffs and deep grooves before the choruses explode in a volatile inferno of angst and harsher vocals.

New TEN FOOT WIZARD album, ‘Get Out Of Your Head‘, will be available on limited orange vinyl, CD, and digital formats [pre-order]. All vinyl pre-orders shipped with a free T.F.W. patch; album to release July 10th from Beard Of Zeus.