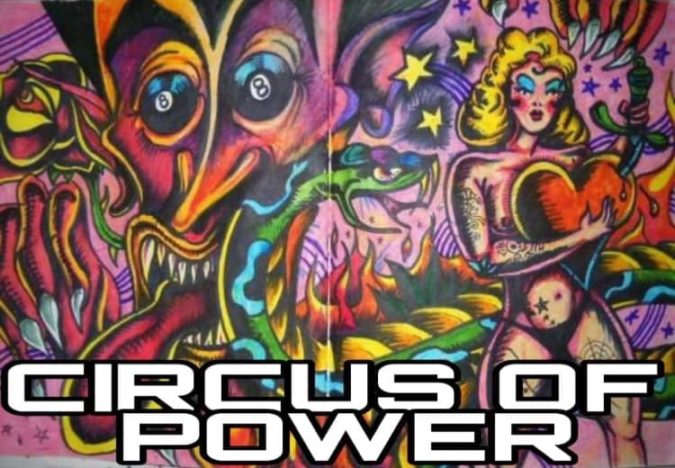 Triumphant tribe of rock and roll puritans, CIRCUS OF POWER, announce a forthcoming EP to be released later this year.

Entitled ‘The Process Of Illumination‘, the EP is forthcoming from Noize In The Attic Records, though specific details have yet to arrive. We have the album artwork and “Strange Times,” the first single to be shared from the imminent short-player. With its serpentine rhythmic coils weaving and winding about, this laid back track provides an up-to-the-minute assessment of where we are as a society.

It also includes the following revelation:

“Dedicated to the first-responders and the essential workers fighting against Covid-19.”

Formed in 1986, CIRCUS OF POWER quickly became known for their deep, reality-driven songs and spiritualistic live performances. In those early years, the band epitomized going against the grain of the mainstream, calling one’s own shots, and doing things as they saw fit. These qualities remained intact, at the center-point of this act’s raunchy rock and roll with whiskey-soaked vocals, and an attitude that was off-the-charts. Signing with RCA Records and Columbia after that, three studio albums of CIRCUS OF POWER‘s distinct rock originality was praised by critics and fans alike then, same as now.

By 1995, the ride was over and CIRCUS OF POWER threw in the towel as members pursued other projects, musical and otherwise. A pair of 20th-anniversary shows, in 2006, would lead to other periodic live appearances over the next few years. It would be 2014 before a serious shot at reforming CIRCUS OF POWER took hold. But it did and they began to record new material. In time, the fourth studio album, 2017’s appropriately titled ‘Four‘ [review], arrived and helped reestablish C.O.P. as the beloved band they are.

Check out the “Strange Times” video below, while further details of the ‘The Process Of Illumination‘ EP will arrive soon.

2020, Circus Of Power, Hard Rock, Noize In The Attic Records