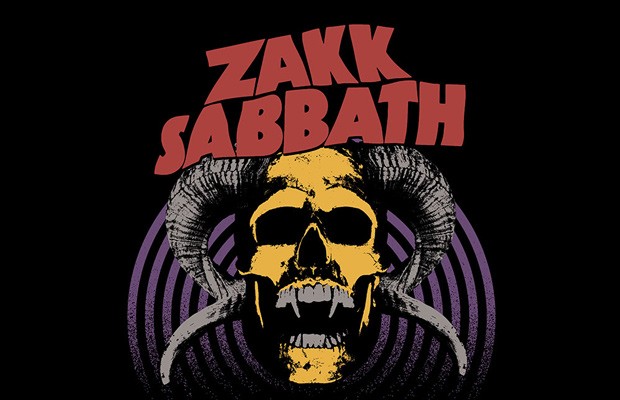 With reverence for the Birmingham quartet, Wylde and his bandmates, bassist Rob “Blasko“ Nicholson (Ozzy Osbourne, Rob Zombie) and drummer Joey Castillo (Danzig, Sugartooth, Bloodclot), offer ‘Vertigo‘. The recording is a faithful, yet ferocious rendering of Black Sabbath’s self-titled debut studio album, released on a Friday the 13th, in 1970. An ominous omen of things to come, the eponymous landmark outing became the template and inspiration for thousands of bands that followed.

Set to arrive September 4th from Magnetic Eye Records, ‘Vertigo‘ is an earnest quest to recreate many of the same conditions from 50-years ago. Recorded live in the studio with a film crew documenting the process, ZAKK SABBATH remained true to their artistic vision. At the time it was recorded, the Black Sabbath material was unlike anything being played elsewhere; it was experimental and challenging.

ZAKK SABBATH, a cover band of an altogether different sort, did not stray from the path when it came to the legitimacy of their recording. The band revisited numerous Black Sabbath live recordings to capture ways the UK doomers themselves played these songs over the years. Zakk and Company picked up several key elements from those on-stage presentations, perhaps where a passage was slowed down, or a solo extended and adapted them to their own playing. Intermingled in such a way, these songs are able to retain their authenticity and allow for certain special touches and flair from ZAKK SABBATH, as well.

Keeping with their pursuit of relevance to the original period, ‘Vertigo‘ will not be made available digitally. It will be offered in the following physical formats: digipak CD, CD/DVD hardcover artbook (with the album behind-the-scenes-interviews and making-of), and as a limited edition yellow vinyl LP. Magnetic Eye Records will release ‘Vertigo‘ on September 4th with pre-order available [HERE].

The first taste of ‘Vertigo’ is supplied here and streaming below, with the lead-in namesake number “Black Sabbath“, as presented from ZAKK SABBATH. Also included is a brief commentary from Blasko about the upcoming release.