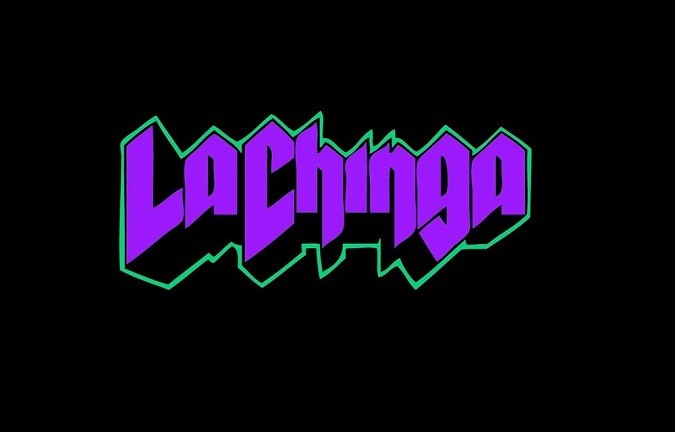 Extremely pleased to announce today that LA CHINGA – one excessively entertaining heavy rock trio from the Canadian edge of the Pacific Northwest – is signing on with Ripple Music for their next album.

After my first catching wind of their groove in early 2016, with their second full-length ‘Freewheelin‘ (March 2016) on Small Stone Records. I dug into their history a bit and found they had been around a few years. With a self-titled independent release ‘La Chinga‘ (April 2013). Their most recent album is ‘Beyond The Sky‘ (Sept. 2018), once again with SSR.

These gents bring the heavy beach-bound, hyperactive bonfire blazing power fuzz in that lazy dazed, super sexy surfer boogie rock way that’s simply somethin’ fierce. I could go on and on, but suffice to say they’re damned fun and mannnn do they sound great spinning on wax. You can hear a sampling of their audio repertoire streaming at the end of this article. For now, I’ll hush the hell up and let the PR folks do their thing:

Pacific Northwest’s wildest 70s-worshipping hard rock unit LA CHINGA brings more fire and fuzz to the Ripple Music catalog, all set to release their fourth full-length on the mighty Californian label in 2021. Get ready to blow your speakers with the generous hooks, wicked psychedelic highlights, and unequaled firepower of the three Vancouver gentlemen!

“Having been a fan of these guys for years now, and having been blown away by their energy on the stage, it’s needless to say I was thrilled when they jumped in and joined the Ripple family. Kick ass rock’n’roll is back!“

“We are so thrilled to be on Ripple Music, having been big fans of the music they have been cranking out! We are in the studio as I type this, working hard on our Ripple debut album. And we can’t wait to put it out there on such a killer label!“

LA CHINGA was formed in Vancouver, BC in 2012, although in reality it was conceived about a year earlier when bassist/ vocalist Carl Spackler was surfing in SoCal and his Chicano beach buddies kept hailing each other with the mysterious sentence: “La chingaaaaa!” We’ll spare any sensitive unilingual anglophones the meaning; what matters is that Spackler’s dream of a hard rock power trio built on erogenous funkadelic rhythms and a devotion to life’s more sublime pleasures was now embodied inside a beautifully obscene two-word incantation.

Drummer/ vocalist Jay Solyom and guitarist/ vocalist Ben Yardley (also a noted professor of the theremin) were conscripted shortly after, both veterans of Vancouver’s notoriously dead-end music scene, both beautifully obscene in their own right. LA CHINGA’s self-titled debut record was rushed out of a makeshift studio in 2013 on nothing but fumes and the liberating force of not giving a shit, landing like a hairball crossed with a stink bomb inside a world of yoga pant commerce, condo developments, and Macbook “musicians”.

Now the boys have made the leap and signed with smoking’ hot heavy rock label Ripple Music. They are currently writing their next slab of riffs for their debut on one of the premier underground rock labels going! This is how it feels to get chinga’d, amigos. Surf’s up.