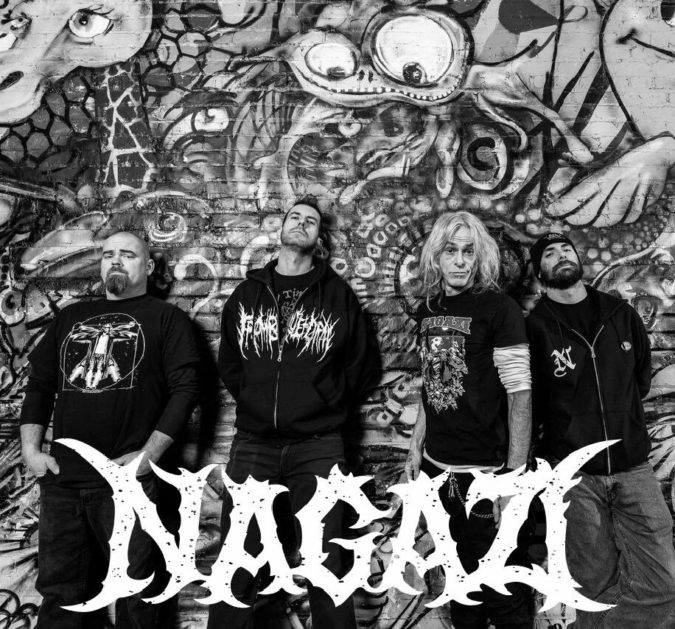 The Wolverine State’s aggressive metallers NAGAZI return “Triumphant” via their new single and the official video accompanying it.

Since their formation in 2014, the volatile NAGAZI has navigated an ever-changing industry with the determination to call their own shots. The band – vocalist Joe Hafer, guitarist Matthew J. Ruffino, bassist Doug McGuire, and drummer Jeff Hafer – have faced the grind and been road-tested. Along the way, they have shared stages with bands like Flotsam & Jetsam, DevilDriver, 36 Crazyfists, Hammerfall, Deicide, Whitechapel, and many others. Time and time again, the aggressive nature of Michigan’s NAGAZI resonates with the heavy metal masses and the band makes new fans and friends anywhere they play.

“Triumphant” is directly inspired by these events and the “do or die” attitude NAGAZI faces each of them with. This is something they addressed in a brief comment about the song, saying:

“There are a lot of people in this world that want to get close to you, use you, take what they can, chew you up, and spit you out. ‘Triumphant’ is about challenging these loathsome people, and fighting for what is yours.”

Find the official video for “Triumphant” below and the single on the usual streaming platforms. You can hear this new single and previous NAGAZI album releases ‘Rebuilt2Kill‘, the ‘Unleashed‘ EP, and other singles on Spotify [HERE].