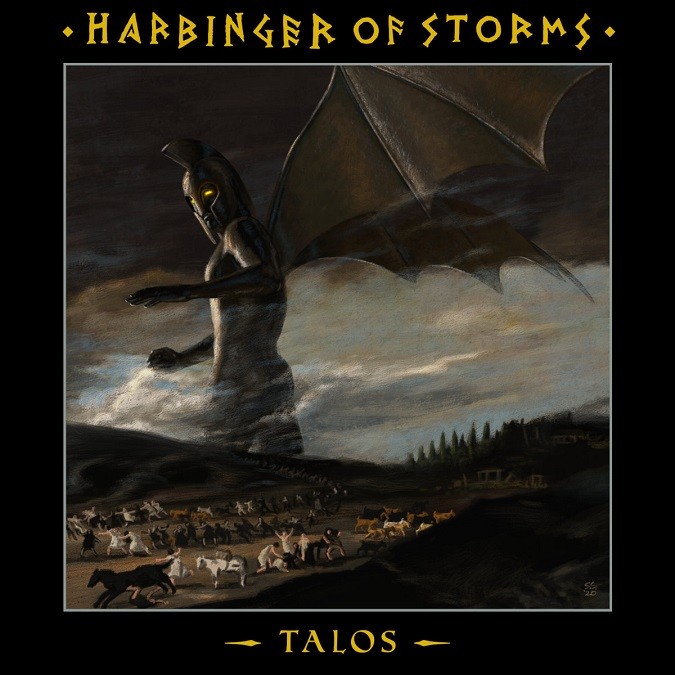 HARBINGER OF STORMS is the work of one-man producer Shane Edward Semler, through his Dark Photon Studio in the United Kingdom. Just released today (September 1st), we bring a premiere stream of ‘Talos‘, which is the companion to his EP ‘Jupiter,’ released in December 2019.

Per Mr. Semler, ‘Talos‘ is traditional doom, by way of Epic Doom Metal, inspired by mythology, melodrama, tragedy, romantic themes, and his own life experiences. His musical influences include Candlemass, Novembers Doom, Solitude Aeturnus, Clan of Xymox, My Dying Bride, and Virgin Black.

For those whose ears are used to being battered by the so-called “loudness wars” may perceive the audio to be quiet. There are no excessive processing or mastering tricks in use here. This is a conscious choice and allows for more dynamic range and is closer to what the artist hears in the studio.

Now for all those particular types… closet elitists who might typically brush off something named a ‘one-man project,’ I’d take a moment to reconsider in this case. It was a pleasantly surprising listen. With its traditional doom riffs and weighty wall of sound, there is also a heavily blended mix of other elements, including borderline goth rock. It sure doesn’t sound like a bedroom or basement production. Open your minds, open your ears.

You can hear the album in its entirety below, along with a recent video for the track “The Ravishing of Ampitrite.” Crank it up…

HARBINGER OF STORMS‘ new ‘Talos‘ EP was recorded, mixed, and produced by Shane Semler, via his Dark Photon Studio. All music was created by Shane, with the exception of drum samples by Judd Madden. Independently released today, ‘Talos‘ is available to order at this location [link].