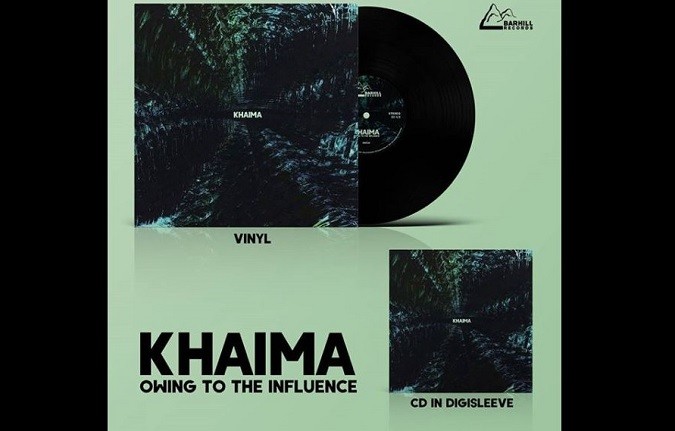 Saarbrücken, Germany’s progressive rock and alternative metal virtuosos KHAIMA will release their impressive debut album, ‘Owing To The Influence‘, on October 30th, via Barhill Records. This should please fans of acts like Tool, My Sleeping Karma, Alice In Chains, and beyond…

Following their self-titled 2016 debut EP ‘Khaima‘, the five-piece collective creates a dynamic and, powerful, yet beautiful sound landscape influenced by various elements between progressive, alternative rock, and modern metal styles. Their song structures do not follow classical or forced patterns, the guitar arpeggios are enriched with spherical effects, thus forming the musical framework. Extroverted bass lines carry the rhythm and are not afraid of cross-references to the Afro-American music of the 60s and 70s, while the drums fit perfectly into this sound bed by differentiated changes of odd meters and fragile hi-hat patterns. The synthesizer’s effectively restrained soundscapes put it all together and open the view to the big picture.

‘Owing To The Influence‘ was recorded with producer Mike Balzer (member and producer of Flares) in Saarbrücken, Germany, and was mastered by Cult Of Luna‘s Magnus Lindberg (Refused, Dool, Russian Circles, and many more). The band explains the themes of their upcoming debut:

“We count, simulate, histogram almost everything and relativize the results until the overall picture corresponds to our own imagination. Mainly for our own interests, we instrumentalize them in order to stand out and put ourselves in a better light, instead of confronting the core of the problem.

“The symptoms are pushed to the fore and the cause is ignored. Populism, conspiracy theories, fake news, alternative facts – our reality unfortunately depends too often on the point of view of the observer.“

Today we have the new video for their latest single, “The Fox And The Grapes” streaming below, as well as their first single “Extrapolation” via Spotify. KHAIMA‘s debut full length will be released next week, October 30th, and is available on Vinyl press, CD, and in Digital formats through Barhill Records. Pre-order the album at the following locations: