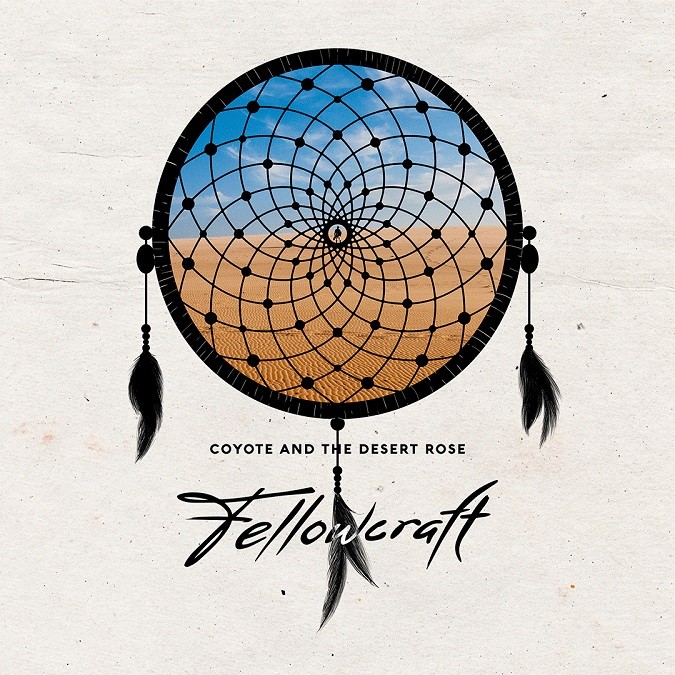 FELLOWCRAFT is an indie prog-rock band from Washington D.C. Jon Ryan MacDonald founded the band in 2014, but it was not initially a serious endeavor. After the addition of Brandon Williams (bass) by 2016, they had quickly become a familiar face within the local D.C. music scene.

Releasing their debut album ‘Get Up Young Phoenix‘ in January 2016, with their second full-length ‘Three‘ in the Fall of 2018, the band displayed a raw and potent, yet slightly unsettled sound. FELLOWCRAFT soon became known for their energetic stage performances, maintaining an active live schedule over the past four years to play almost everywhere in the D.C. area, touring the east coast, as well as Mexico (where they most recently played the Hell and Heaven 2020 festival early in the year).

In 2019, after years of playing the local venue circuit, FELLOWCRAFT underwent a major rebrand and embraced a whole new strategy in their playing when Pablo Anton (lead guitar) and Zach Martin (drums) joined the band. With the move to a quartet, the band released a single, “Glimmer Of Faith,” in September 2020, testing the waters, so to speak. Consider the test successful. Their music found solid footing, including classic rock, blues, folk, R&B, prog – but no matter how you label it, the quartet maintains an authentic sound with a myriad of rock styles. Their single “Hold The Line” won a Wammie (Washington Area Music Award) in 2019 for Best Rock Song, and they were nominated for Best Hard Rock Band for the single “Glimmer of Faith” in 2020.

FELLOWCRAFT is now set to release its third full-length album, ‘This Is Where You’ll Find Me,’ in the Spring of 2021. This new effort was recorded at Ivakota Studio in Washington, D.C., alongside Tonio Ruiz (QBO, Coda, Agora, Jet Jaguar), marking the band’s second collaboration with the Mexican rock producer. It features guest performances by Nate Bergman (Lionize) and Chris Dale (Bruce Dickinson Band).

The full album will be preceded by the release of several singles, the first of which we have exclusively streaming for you today. Experience “Coyote and the Desert Rose” below. The band shares some details on the new single:

“Coyote and the Desert Rose is a dark, brooding, emotional song inspired by a migrant’s journey to a better life, while leaving behind everything they loved. The juxtaposition of hope, and hopelessness propel the narrative to a deathly conclusion.

The song’s instrumentation parallels the story, being told in two strong, dynamic movements; the first hopeful and propelling, the latter sad, and depressive.”