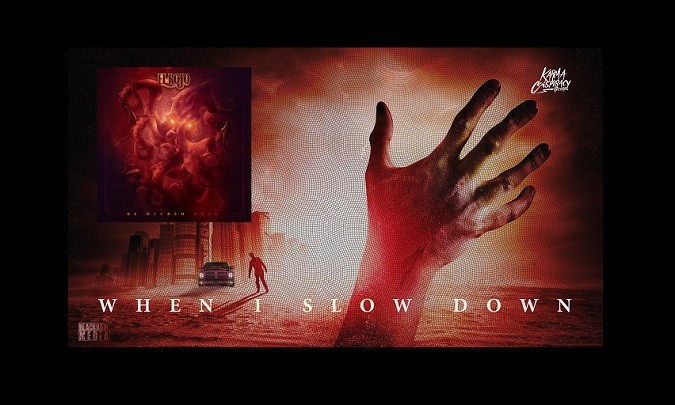 Deeply rooted in the places where they’ve grown up in Southern Italy, EL ROJO considers themselves a family born way before 2016 when they first played together as a band. Their approach to Stoner/Desert rock is metaphoric: this kind of music was born near the Californian desert, their music grows from an environment in progressive desertification. People move out of the area to search for their fortunes elsewhere, making the area increasingly poor — in people and in values.

We’re told that ‘El Diablo Rojo‘ is titled as the musical embodiment of the desperation that rises from the abyss; when the world we were used to knowing crumbles under our very feet. As a concept, the album displays a man who lives with contradictions and distress. ‘El Diablo Rojo’ is fed by the rage and impotence bearing witness to the constant changes that will never reverse themselves.

Today, we’re honored to share the premiere of a new single from the EL ROJO groove troupe by way of an official lyric video for the track “When I Slow Down.” The band shares some details about the new single:

1 thought on “Premiere: EL ROJO Debuts “When I Slow Down” Video Off ‘El Diablo Rojo’ Album”