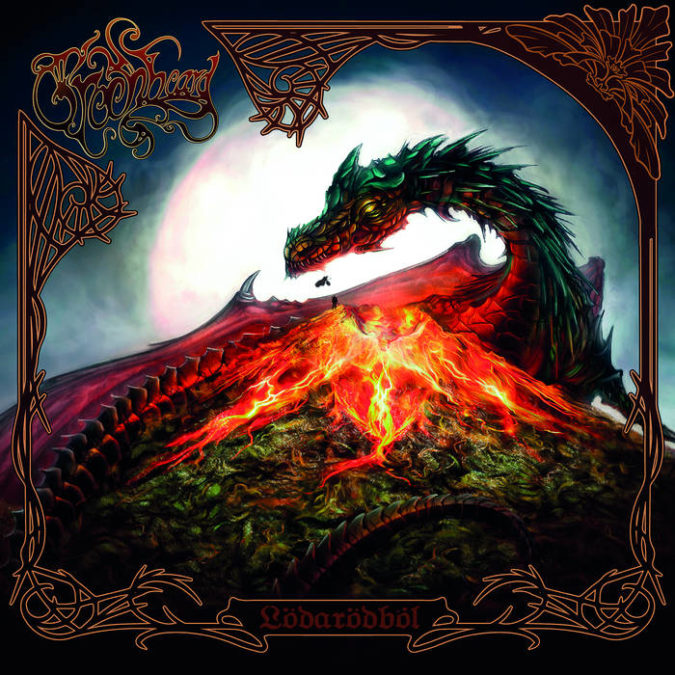 GREENBEARD has tackled quite a bit over the last year. They’ve toured, released a new record ‘Lödarödböl‘ in July, promoted, toured again, played festivals, and toured yet again, all while keeping that road bowl loaded and burning an eternal flame.

This new year, GREENBEARD once again plans to ramp the amps up another level or two, as they were recently named a first wave selection ‘Official Showcase Performing Artist’ for South By Southwest Music Festival (SXSW) 2018. All SXSW 2018 Music Festival performances are scheduled for March 12th – 18th.

The band announced just yesterday that they have a new bassist, Jeff Klein. The parting of former bass player Dan Alvarez was amicable and seems more rooted in GREENBEARD‘s increased level of touring and travels conflicting with family needs. Rest assured, Klein is already pounding out bass lines on recent live dates and is well-prepared to handle the uptick in GREENBEARD‘s performance schedule.

“2017 has been a wild year! We saw two tours, released a record, and ripped all over this dang country, befriending the raddest people and playing with so many great bands. We are very thankful for everyone’s collaboration and support. We can only hope to be putting out enough good energy and music in return!

“In preparation for 2018, we will be making a few changes. It is with heavy heart that we announce Dan’s exit from the band. In his two years as bassist, he contributed greatly to the live aesthetic that has defined Greenbeard, and offered his talents and expertise in the creation of our latest record, ‘Lödarödöl’. We love Dan like a brother, and always will.

“Greenbeard opens a new chapter in 2018. We would like to reveal the induction of Jeff Klein as bassist into the lineup. Some may be aware– Jeff has already been performing with the band, and rattling shows with his stage presence and heavy tone. We are very excited to welcome Jeff to the band, and look forward to his creative input along with the tremors we will bring to this planet as a new collective.

Here’s to concluding an epic year, and the dawning of new adventures!”

GREENBEARD has partnered with Germany’s Kozmik Artifactz label to reissue ‘Lödarödböl‘ for European release. Planned for a March 2018 outing, the new heavyweight vinyl is already pressed, with special new insert artwork from Head Bang Design in its final stages for the limited edition reissue.

‘Lödarödböl‘ premiered in July 2017, the sophomore full-length album is currently available through Sailor Records, with digital download on Amazon, as well as a few remaining vinyl copies (CD has sold out), digital download and full-stream via Greenbeard’s Bandcamp.

Since its release, the album spent a rare four-month repeat appearance on the revered heavy music underground collaborative Doom Charts. ‘Lödarödböl‘ has proven its staying power with music editors around the globe and is already showing up in early ‘Top Albums of 2017’ year-end lists.

Still primed with adrenaline after their 4,867 miles, 10-state ‘Winter Tour 2017‘, then additional appearances at Austin’s Saturnalia Music Festival and other regional shows, GREENBEARD has also announced that dates are being confirmed for a Spring Tour 2018, with plans being sketched out for a Fall Tour. Continuing support of the ‘Lödarödböl‘ release, the Spring Tour 2018 will reach the U.S. Midwest, North East, and East Coast regions, with stops along the way for yet-unrevealed Festival events.