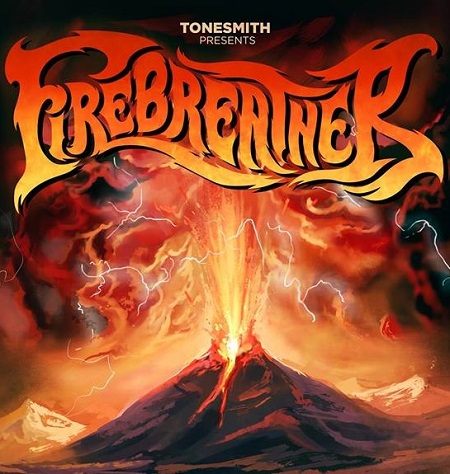 Finally. After waiting for many a moon, Riff Relevant can now reveal this wondrous event to you. A new one-day stoner rock festival has been organized and is presented by TONESMITH. A day of heavy riffs, rigs, and ribs – we give you FIREBREATHER FEST in Indianapolis, Indiana.

Drew Smith (Archarus) and Jordan Smith (Drude / Potslammer) together are Tonesmith. In addition to performing with their individual bands, they have also been the purveyors of backline services for festivals and events in Indiana and its surrounding regional area. For those unfamiliar, ‘backline’ is a set of speakers/amps, drums, or other gear at live music events that are used by all bands performing. Tonesmith provides this gear and has handled backline for the two Doomed & Stoned Festivals in Indy, as well as Descendants Of Crom 2017 in Pittsburgh, among others.

FireBreather Fest is scheduled for a full day on Saturday, April 14th, 2018; at Indiana City Beer 24 Shelby St, Indianapolis, Indiana, and will begin at 3:00pm (EST). The event is for those age 21+ (sorry, it’s a brewery). Food will be available at the all-day event, provided by Black Metal BBQ.

The most important part of any music festival event is obviously the MUSIC. FireBreather Fest has the music – sultry, smoldering, swampy, smothered in lava, sprinkled with a sulfur fire, and topped off with solar flares. Tonesmith is 100% not fucking around. There will be a total of ELEVEN heavy stoner rock and metal bands at FireBreather.  Scope this lineup:

FireBreather tickets are on sale now. The entire day’s event is less than 20 bucks, with tickets only $15.00+ very small service fee.  That’s $1.50 A BAND.  Tickets can be purchased via Brown Paper Tickets here: firebreather2018.brownpapertickets.com